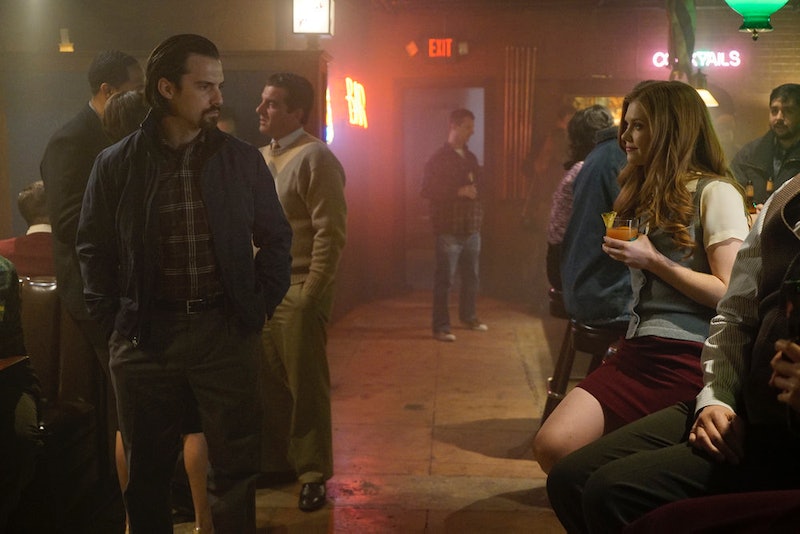 As Season 1 of This Is Us has gone on, we’ve gotten closer and closer to finding out just what killed Jack Pearson. These writers have really dragged it out, leaving little Easter eggs all over the place. The biggest one was laid on the Season 1 penultimate episode, where weepy viewers (I’m not crying, you’re crying) learned how Jack Pearson died. Did Jack die in a car accident on This Is Us? Kate sure seems to think it’s all her fault.

Let me set the scene for you – Jack is mad that Rebecca is going out on tour with a guy she had a fling with 15 years ago (I want to make that sound as insignificant as possible, because it totally is), so after she heads out on tour, he drops his teenage triplets at a party and heads to the bar to celebrate a coworker’s retirement. For those of you who have been paying attention at home, Jack has a drinking problem, and lately, he’s been abstaining. But not tonight! He gets drunk, but he’s able to push away the advances of one of his other coworkers. Jack stumbles outside, calls Kate, and tells her that she was right and he’s going to go tell Rebecca he’s sorry for being a jerk (like Kate told him to do hours earlier). Mind you, Jack is blitzed, but he gets in the car anyway for the two-hour drive to Rebecca’s concert venue. This, my friends, is not good.

But this also explains why Kate can’t talk about Jack’s death – she told Toby that it was all her fault, and I really think she thinks it is. Let’s say that Jack does die in a car accident, caused by his drunkenness on that particular night. How is that Kate’s fault? Jack should have never gotten drunk and driven in the first place, let alone two hours away. Kate telling her father to stop being silly about Rebecca and these tour dates wasn’t bad – it was what any smart daughter would do when she sees her father acting a fool. I get it, though – Kate and Jack were so close that it’s easy for Kate to say that her actions directly caused the biggest tragedy of her life. At 36 years old, I’m not sure that’s something she’ll ever get over, but maybe talking to Toby (and everyone else) about it could help her on the path to healing.

More like this
'A League Of Their Own' Star Abbi Jacobson Is Engaged To Jodi Balfour
By Jake Viswanath
Olivia Rodrigo Reunited With Joshua Bassett On The Red Carpet & Twitter Can’t Handle It
By Jake Viswanath
Neil Patrick Harris & David Burtka’s Relationship Status Is Far From ‘Uncoupled’
By Jake Viswanath
What’s New On Netflix: 'Never Have I Ever' & 'Indian Matchmaking' Return
By Arya Roshanian
Get Even More From Bustle — Sign Up For The Newsletter