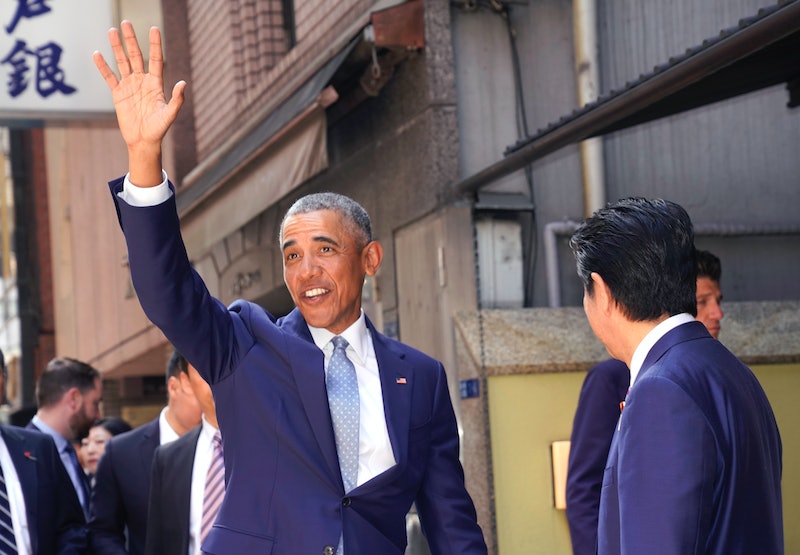 After meeting with Russian President Vladimir Putin at the G20 summit in July 2017, President Donald Trump will speak with him yet again on Monday in Helsinki. Because Putin has been a leader in Russia for years, there have been many prior meetings between U.S. presidents and the Russian leader. As the most recent U.S. president prior to Trump, did Obama ever meet Putin?

After former President Obama left office, USA Today described his and Putin's relationship as "tense." Obama and Putin first met in Moscow a few months into Obama's first term in 2009; Putin was prime minister at the time. "We think there’s an excellent opportunity to put U.S.-Russian relations on a much stronger footing," Obama said afterward, according to Politico.

The two again met in June 2013. It was during the Group of 8 meetings in Northern Ireland, according to The New York Times. In the fall, Obama canceled a meeting with Putin after former national security contractor Edward Snowden fled to Russian seeking asylum for releasing thousands of classified documents, according to The Times.

After Russia was booted from the Group of 8 in 2014, Obama and Putin occasionally spoke on the phone. In September 2015, Obama and Putin even "huddled" in a conference room at the United Nations to talk about Ukraine and Syria, according to CNN.

Obama again met with Putin at the G20 summit for 90 minutes in China in September 2016. According to USA Today, the two leaders discussed the cease-fire negotiations in Syria. "Typically the tone of our meetings is candid, blunt, businesslike. This was no different," Obama said of the meeting. The newspaper added that then-Secretary of State John Kerry would continue meeting with his Russian Foreign Minister Sergey Lavrov.

By comparison, Trump has already met with Putin twice before Monday's meeting in Helsinki. The first meeting was at the G20 summit in July 2017 in Hamburg, Germany. "President Putin and I have been discussing various things, and I think it's going very well," Trump said while seated next to Putin at a press conference, according to The Hill.

"We look forward to a lot of very positive things happening for Russia, the U.S. and for everybody concerned. It’s an honor to be with you," Trump added before shaking Putin's hand.

It was thought this was the pair's only private meeting during the summit. As The Guardian reported after the summit, though, Trump and Putin had an undisclosed meeting in Germany. It was an informal meeting during dinner for heads of state that was revealed by Ian Bremmer, president of an international consulting group, according to the British news organization. "Donald Trump got up from the table and sat down with Putin for about an hour. It was very animated and very friendly. Putin’s translator was translating. I found out about it because people were startled," Bremmer told The Guardian.

Bremmer said only Putin's translator was used. The White House later said each head of state was only allowed one translator. Trump brought someone who spoke Japanese because he was seated next to the wife of Japan's prime minister, according to the White House. Bremmer called Trump's decision to not use his own translator a "breach of national security protocol," according to Reuters.

As far as Monday's meeting, Michael McFaul — former U.S. ambassador to Russia from 2012 to 2014 — wrote in an op-ed for The Washington Post to expect a small group within the meeting.

Next, Trump's own confidence will meet its match in Putin. "Today, he listens to no one; not his national security advisers, not Foreign Minister Sergey Lavrov, and most certainly not to Trump. Putin knows it all," McFaul wrote.

McFaul added that Putin has been late for meetings with Kerry and Obama, so it's expected for him to be late to Monday's meeting, as well.