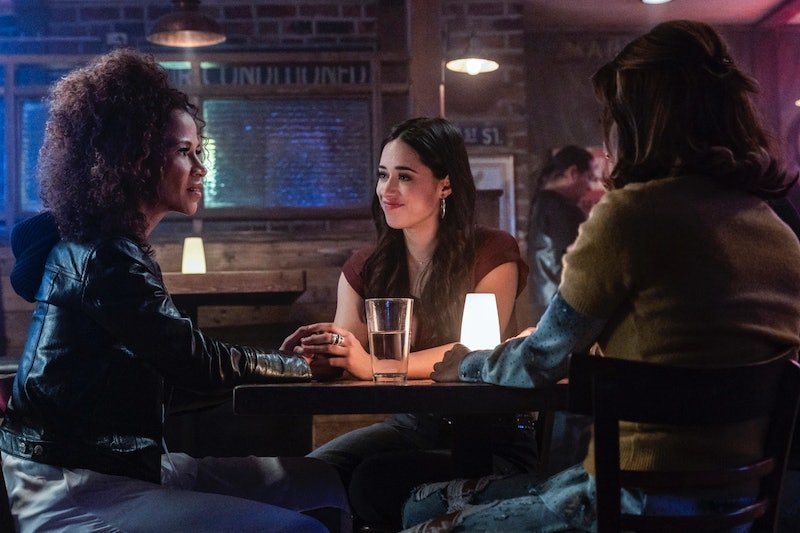 We finally know what happened to Rosa on Roswell, New Mexico, but Isobel's blackout raises so many more questions. She may have caused the crash, but nobody knows why — especially because it seems like the two of them were close. It doesn't seem like Isobel wanted to hurt Rosa, but Liz uncovers a clue that may prove otherwise... even if it was an accident. Is it possible Rosa knew Isobel is an alien on Roswell, New Mexico? Liz thinks so, and it makes this whole thing even more complicated.

The worst case scenario is that Isobel killed Rosa to keep her quiet, but that doesn't seem likely. Isobel is fiercely protective of her family's secret, but not that sinister. What if Rosa and Isobel got in a fight about Isobel being an alien on prom night, and Isobel's emotions got out of control? What if her powers affected Rosa in a way that she couldn't understand?

In the March 5 episode, Maria's mother Mimi reveals Rosa knew some kind of secret about Isobel. "What happened with the blonde?" she asks Liz, thinking she's Rosa due to a suspicious and undiagnosed mental health issue. "The rotten one. The one you said was hunting you. Isobel Evans. You said that you knew her secrets. She confessed something to you. It scared you. You wouldn't tell me what it was, but you said you were thinking of telling your father."

Immediately, Liz assumes that this means Isobel confessed to her sister that she, Max, and Michael are aliens. Maybe Rosa had already started putting the clues together. Eventually, because she's a good scientist, Liz will explore other options for this secret Rosa apparently knew. Her first guess is certainly likely, but it's not the only possibility.

In the flashback, Isobel wanted to run away with Rosa and held her hand while they stargazed, which makes it seem like Isobel could have had a crush on her. Maybe the fact that their relationship had taken an intense and/or unexpected turn is what scared Rosa. However, that doesn't explain why Rosa would then refer to Isobel as "rotten" and a hunter. The show has dealt with homophobia before, but Rosa doesn't seem like that type of person.

Then again, there is that weird red paint that Isobel has all over her, and graffiti that has a UFO and the words "we're not alone" crossed out to read "we're all alone." That's almost definitely Rosa's angsty 2008 work, right? Clearly, there are a lot of gaps from that fateful night that still need to be filled in before we know the truth.

The fact that the death of these three girls was caused and covered up by teenagers does kind of explain why it's so messy. There may be Pretty Little Liars and Vampire Diaries alumni in the cast, but most high schoolers can't be expected to get away with murder. At the end of the episode, Isobel commits herself to a hospital so that she won't hurt anyone else. However, she's not the only one capable of harming others by mistake. Max has been glitching, and Michael could be next. Isobel's secret may have been revealed, but they're all in trouble now.