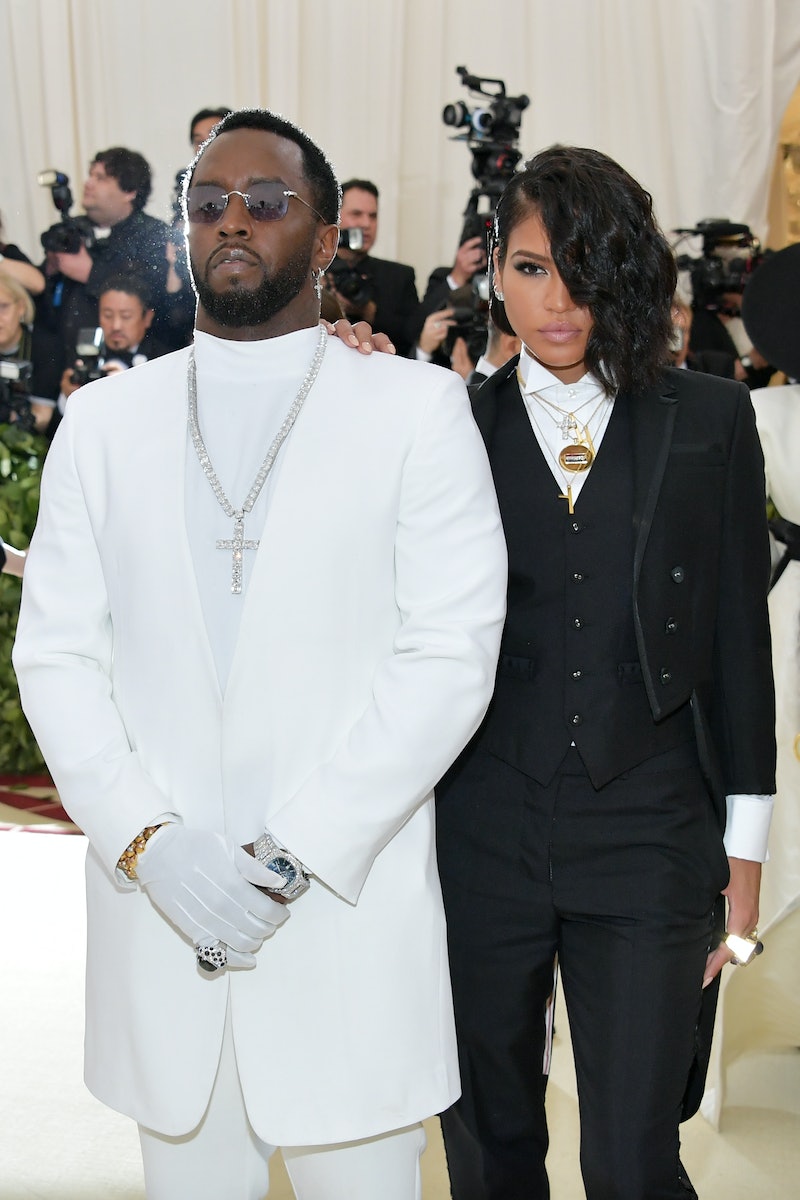 For years, Sean Combs and Cassie Ventura have reigned as one of hip-hop's most iconic couples. Sadly, according to a new report from People, Sean "Diddy" Combs and Cassie may have broken up months ago. The pair dated for the better part of the last six years — at least. As People noted, the musically inclined pair officially unveiled their relationship to publicly back in 2012, though rumors of a maybe-romance between them had been floating around the internet for quite a while before that, since roughly 2007.

So far, neither Diddy nor Cassie has commented on the breakup rumors. (Bustle reached out to Diddy and Cassie's rep, but did not receive an immediate response.) That said, People's latest write-up cites an unidentified source who claimed their breakup was the real deal. The source told People,

"The decision [to break up] was amicable and they remain friends. Cassie is going to focus on her music and acting career."

Here's to hoping that first part (and honestly, the second, too) really is true. Because while the news of a reported Diddy and Cassie breakup will probably prove itself a tough pill to swallow for fans, all on its own, it'd be even harder if they'd ended their longstanding power-coupledom on a sour note. Still, since neither party has yet to comment, fans might just have to take the source's word for it.

Those who've been following the couple's relationship updates for the last decade will probably have a hard time forgetting the early days of Diddy and Cassie's romance, which was always pretty epic, and occasionally pretty dramatic too. Assuming they really didn't enter into a relationship until 2012, it started several years after Cassie — then, on the brink of her eventual musical stardom — first joined her future beau's record label, Bad Boy Records, in the mid-2000s. For context, that was not too long after "Me & U," the 2006 Cassie banger that got most of us through middle school, was first released. (The two would also collaborate on several tracks after that, like 2009's "Must Be Love.")

Fast-forward to 2018. After a few months of social media silence on both Diddy and Cassie's parts (with regard to their relationship anyway), the internet was a little shaken Wednesday, Oct. 17, when a handful of reports surfaced claiming Diddy and Cassie had split up.

The first report came from LoveBScott, a celebrity news site that published a statement supposedly acquired from Cassie's representation, which seemed to confirm the breakup. Soon after, the site published a follow-up report which claimed Diddy is now in a new relationship with a model named Jocelyn Chew. Their reported relationship hasn't been confirmed, but if the reports claiming Diddy and Cassie broke up several months ago are legitimate, then perhaps that might explain this potential "new girlfriend" situation.

If Diddy and Cassie really did break up, then it seems like they did so with the intention of keeping the details of their split out of the press, and away from fans' inquiring eyes on social media. In light of that, it seems the best fans can do for them right now is respect their privacy and hope they're both doing OK. If it really is over, then fans will just have to relive the Diddy-Cassie glory days via the Bad Boy Records archives, circa 2007.