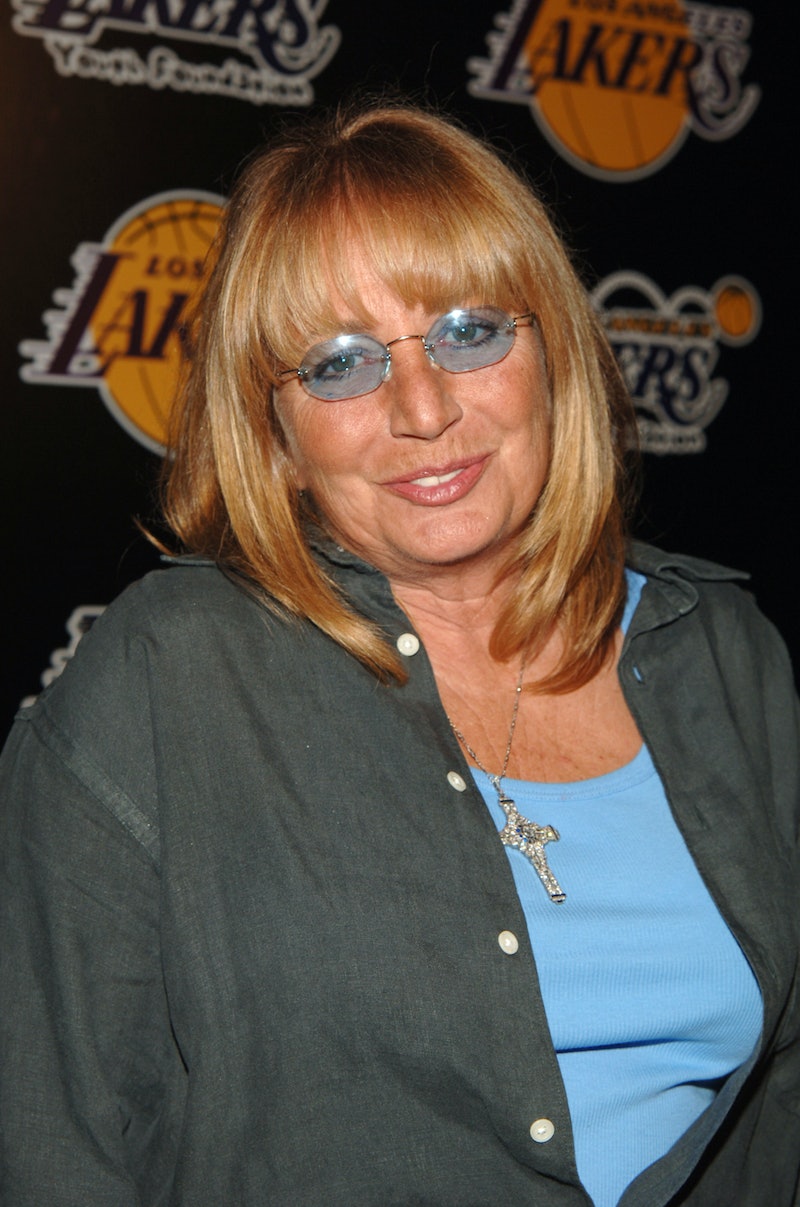 It won't be easy saying goodbye to Laverne. The director and actor best known for Laverne & Shirley, Penny Marshall died on Monday night (Dec. 17). Marshall, who helmed A League of Their Own and Big, was 75 years old.

In a statement to The Daily News, Marshall's publicist Michelle Bega confirmed the star's passing. “Yes she did (die) … peacefully at her Hollywood Hills home," Bega stated. "She passed away from complications from diabetes."

Throughout her career, the Bronx-born Marshall broke barriers for female directors. In 1988, she became the first female director ever to gross more than $100 million at the box office with one movie, which as The Hollywood Reporter pointed out would be about $198 million in today’s dollars. That movie was Big starring Tom Hanks, which made a whole lot of kids very nervous to have their fortune told by Zoltar.

Marshall would team up with Hanks again in 1992 for A League Of Their Own, which told the story of the first female professional baseball league. The film, which left a lot of little girls wanting to be Dottie Hinson, her sister Kit, or any of the other baseball players, has become an iconic sports movie — and one of the best.

Lines like "there's no crying in baseball" are hard to forget, and as Esquire noted, it's also hard to deny how important it was to see a female-focused sports movie actually focus on competition, athleticism, and confidence instead of romance.

The funny thing is, Marshall almost didn't direct the film, but she did end up saving it. The movie was originally supposed to be directed by a man and when he left the project there was concern it would be scrapped. Luckily, Marshall's daughter Tracy Reiner, who played Betty Spaghetti, had already been cast in the movie, which sparked Marshall's interest.

In a clip from the 25th Anniversary Blu-Ray edition, Anne Ramsay, who played Helen, said it was Marshall's passion for the real life All-American Girls Professional Baseball League that led her to take over the film. It's something Ramsay said she could never thank her enough for. "I thank Penny all the time for that experience," she said, "and what she did, and what she did for me."

Despite getting her start on TV playing Laverne DeFazio, Marshall never considered herself an actor. “I can’t act that well, but I can sell a bit,” she told The New Yorker in 2012. “It’s partly the way I talk, but I’m also good with business — going through my purse, looking for my glasses, lighting a cigarette.”

It's true, it's her mastery of physical comedy that made her so fun to watch opposite Cindy Williams on Laverne & Shirley. Whether she was dancing or waving goodbye to a glove at the bottle factory, Marshall and her embroidered "L" sweater was always good for a laugh.

Marshall, who was treated for cancer of the lung and brain in her 60s, spent more time behind the camera as she got older, but kids that grew up in the '90s probably remember her for her hilarious cameo in Hocus Pocus opposite her late brother Garry Marshall.

Some may remember hearing her voice on The Simpsons. She was the show's "first guest star and a great talent," according to Simpsons executive producer Al Jean. Others may just remember the times she guest starred on Portlandia or John Mulaney's sitcom Mulaney. Often she would play herself on HBO's Entourage, Bones, and her brother's film New Year's Eve, never too big to laugh at herself.

With all of the work she's done in both TV and film, Marshall may be gone, but she won't be forgotten. How could she be with a resume like this?