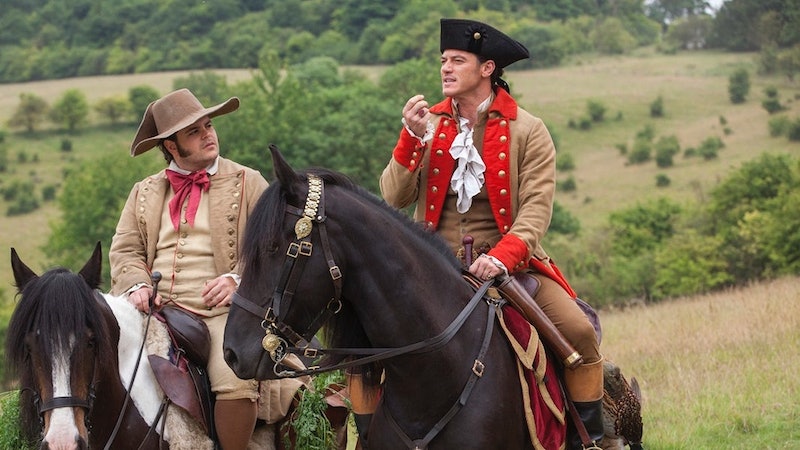 Gaston and LeFou are getting the Disney+ treatment: Luke Evans and Josh Gad will reprise their roles for a Disney+ Beauty and the Beast prequel series about the duo’s origins, per a Hollywood Reporter exclusive published on Friday. The currently untitled limited series will hail from Once Upon a Time creators Eddy Kitsis and Adam Horowitz, with Gad, billed as a co-creator and showrunner, set to pen the scripts and executive produce alongside Evans.

The six-episode musical series will take place well before the events of the 2017 film that starred Emma Watson and Dan Steven, and expand on the Beauty and the Beast universe. While Evans and Gad are the only stars from the film officially attached to the prequel series, sources said Watson and Stevens could possibly reprise their leading roles as Belle and Beast in guest star spots. Along with Evans and Gad, Beauty and the Beast composer Alan Menken is also in talks to return to the series.

The Beauty and the Beast prequel isn’t the only Disney live-action film getting the Disney+ treatment. The news comes after Disney+ announced that an Aladdin spin-off centered on Prince Anders (Billy Magnussen) was in the works last December.

In the 2017 film based on the 1991 animated classic, Evans starred as antagonist Gaston, a handsome and egotistical hunter bent on marrying Belle (Watson); Gad starred as LeFou, Gaston’s trusty and bafoonish sidekick. The film reimagined LeFou as Disney’s first openly-gay character after director Bill Condon first teased an “exclusively gay moment” in March 2017. "LeFou is somebody who on one day wants to be Gaston and on another day wants to kiss Gaston,” he said at the time. “He’s confused about what he wants. It’s somebody who’s just realizing that he has these feelings.”

The subtle “exclusively gay moment,” however, proved to be lackluster for viewers who hoped for a more groundbreaking moment. In an interview with the Hollywood Reporter after the film’s debut, Evans said the moment had been “blown out of proportion” and addressed the “authenticity” of Gaston and LeFou’s friendship instead. “There’s a lot of authenticity there. They’re like best buddies. They’ve been in each other’s lives for a very long time,” Evans said. “I think LeFou looks up to Gaston in that way — as a hero. I certainly don’t think there was anything more outside that relationship. They’re just good friends."