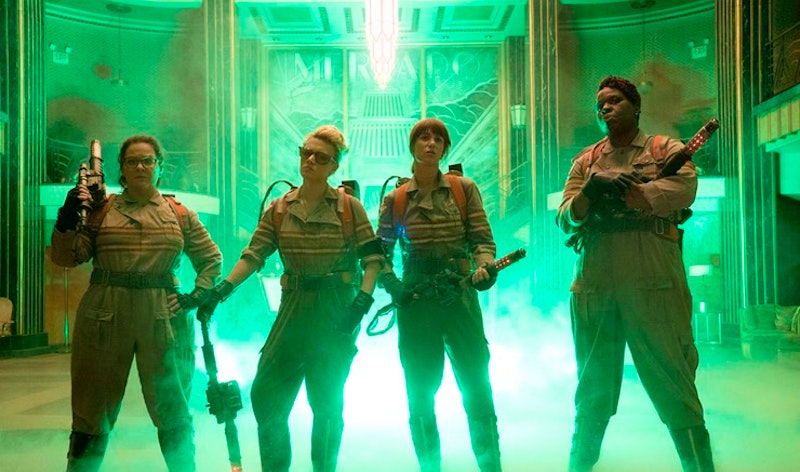 Another day, another year end list. This time around, I want to draw up a report card (admittedly a bit unscientific) on what the biggest films of 2016 say about women and the ways in which they are portrayed. Inspired by IndieWire's recent Bechdel Test round-up, I decided to ask: How many of 2016's top films meaningfully pass the Bechdel Test? The answer, of course, demands further analysis, but I think we'll soon find that there are just as many positive answers and negative ones waiting at the end.

A quick reminder on the rules of the Bechdel Test: There must be at least two women with names, who speak to one another, and the conversation cannot be about a man. Now a somewhat arcane metric, the Bechdel Test still remains the easiest baseline for judging how fairly and correctly a film portrays its female characters. Additionally, as it's become evident that the Bechdel Test needs adjustments, it's probably best to overlay your own analysis of the film to find the nuances in the treatment of female characters to get a better idea of whether or not a film has a positive treatment of said women.

But why filter the highest-grossing and most buzzed about films of 2016 through the Bechdel Test? In truth, 2016 began with the film industry under scrutiny with the #OscarsSoWhite debate surrounding the Oscars. As the year has progressed, our national conversations around racism and sexism had been overlaid onto our discussions of films; we cannot ignore — nor should we — that the times are a-changing and we should hold films accountable to those changing standards.

So, what are the films that will populate our sample group? The first half are the highest-grossing films. As the leaders of the pack, economically speaking, their receipts imply an active interest across the nation from audiences of differing sizes and demographics, making their exposure important. According to The-Numbers.com, the highest-grossing films of 2016, in no particular order, are:

It would probably also behoove us to include some of the most buzzed about films of the year. While there are plenty to discuss, these films seemed to be on everyone's lips for one reason or another, and thus, I feel as if they should be included. Money talks, but conversation does, too.

Looking at this list of 20 films, there's reason to breathe a sigh of relief. Eleven out of the 20 films (approximately 55 percent) pass the Bechdel Test: Finding Dory, Civil War, Zooptopia, Dawn of Justice, Suicide Squad, Fantastic Beasts, Ghostbusters, Moana, Rogue One, Apocalypse, and Bad Moms. By passing the Bechdel Test, each of these films has at least two female characters, with names, who spoke to one another about something unrelated to a man. But is it ever just enough to tick boxes and consider it a pass? What about the way these female characters were portrayed?

The good news: In 13 of these films, the women portrayed are either independent women who rely on their own strength and intelligence to achieve their goals (e.g. Ghostbusters, Moana, and Zootopia) or, if they are romantically linked to a man, their well-being doesn't depend on being saved by a man (e.g. Apocalypse, Deadpool, Rogue One, and Fantastic Beasts). These portrayals should be considered, for big blockbuster films, positive ones. As it was mentioned earlier, being a top-grossing film, or one that is constantly discussed, means that there are more minds analyzing and processing the film in question. Those portrayals matter during analysis.

Only a handful of the 20 films present potential problems. The Legend of Tarzan failed the Bechdel Test and makes its sole female character, Jane, into a classic damsel-in-distress. Sure, she is feisty, but she is being held captive for most of the time as bait for Tarzan. Additionally, while Suicide Squad passed, its portrayals of Harley Quinn and Enchantress as scantily-clad antiheroines, who are somehow smart but incredibly emotionally dependent on their love interests, send confusing and regressive messages about how women should be portrayed in film.

Another disheartening note is that women of color were still marginalized: only 7 films — Suicide Squad, Ghostbusters, Moana, Moonlight, Rogue One, Civil War, and Apocalypse — featured named women of color in their casts who got a chance to speak. Additionally, every woman in the 20 films was portrayed as a straight, cis woman, meaning queer women were also kept to the periphery in 2016.

And so the conversation continues: Is it enough to celebrate that women simply appeared more often onscreen and were actually utilized in the script? Or is it time we start speaking with our dollars and finance films the give a bigger voice to women — of varying colors, sexualities, ages, etc. — so that films honestly reflect the world we live in? While 2016 marked a step forward, film still has a long way to go.