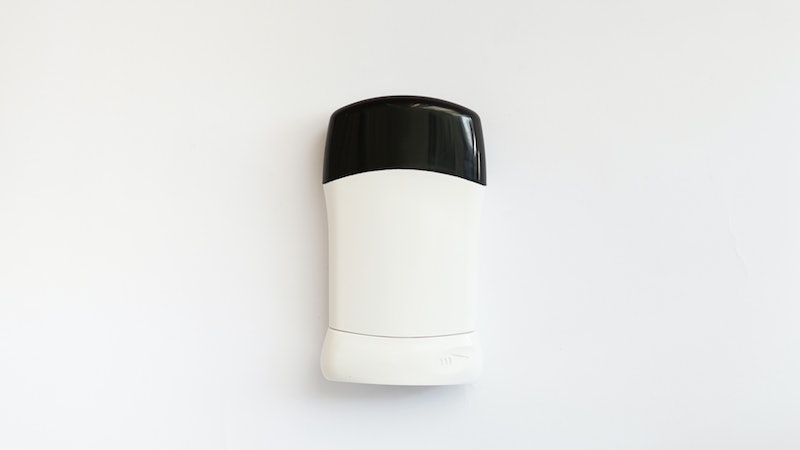 nastya_ph/Shutterstock
By Rebecca Fearn
May 10, 2019

Deodorant is one of those annoying things you have to spend money on that you really don't want to. Whatever formula you pick up, and from where, it's something we begrudgingly hand over our hard earned money for as a necessity. But there are so many different types of deodorant, and it's so hard to know which one to choose. Surely the longer the product promises to last the better? With this in mind, let's look into whether 24 hour deodorants actually last 24 hours, or whether it's just a bit of a marketing ploy.

First of all, let's look into a little bit of science to understand how longer-lasting deodorants actually work. BBC Science Focus explains that longer formulations usually use "various gums and waxes to resist being rubbed or washed off your skin." So in essence, they use similar ingredients to normal deodorants stop sweat and reduce smells, but add certain things to keep the effects lasting for long and the product to stay put.

When it comes to whether these products actually work, reviews are varying. For example, the Vichy Deodorant 24Hour Aluminium Salt-Free Roll-on received a number of reviews on the negative side, with users saying they had to reapply and that it therefore did not last a full 24 hours. Others, such as the Kiehl's Cross-Terrain 24-Hour Strong Dry Stick Deodorant, garnered rave reviews with fans saying, "I’ve been putting it on in the morning and it’ll still be fresh at night even after a gym session." Woah, that's impressive.

The jury is therefore still out over whether formulas that say they last a full 24 or 48 hours actually do so. However, there is a very handy hack to make your deodorant last much longer, supposedly for around 24 hours. And it turns out, it changes everything we thought we knew about deodorant.

Instead of applying deodorant at the beginning of the day in the morning, it's been argued that we should use the product at night to elongate its lasting power. At night time, our body temperature drops and we therefore do not sweat as much as in the day. During this time, when sweat glands are less active, sweat ducts are able to absorb more of the active ingredient in antiperspirant. Therefore, by the morning, the product will have sunk in fully and blocked the sweat ducts. Clever, huh? This will mean your deodorant will last for longer and be more effective.

If you apply deodorant in the morning, your sweat glands are super active, so the ducts are less able to absorb the antiperspirant, meaning the formula does not last as long. You should note though, that this only applies for deodorants that contain antiperspirants in them.

Doctor Dawn Harper is an advocate of this prolonging technique, and told The Sun her preferred technique:"Apply [deodorant] at night before going to bed to allow to dry fully. Leave on overnight and wash off any residue in the morning with soap and water."

Hmm. I get the science, but if this means not re-applying deodorant after a morning wash, I'm not sure I'm totally in just yet. The hunt for the perfect 24-hour antiperspirant continues.