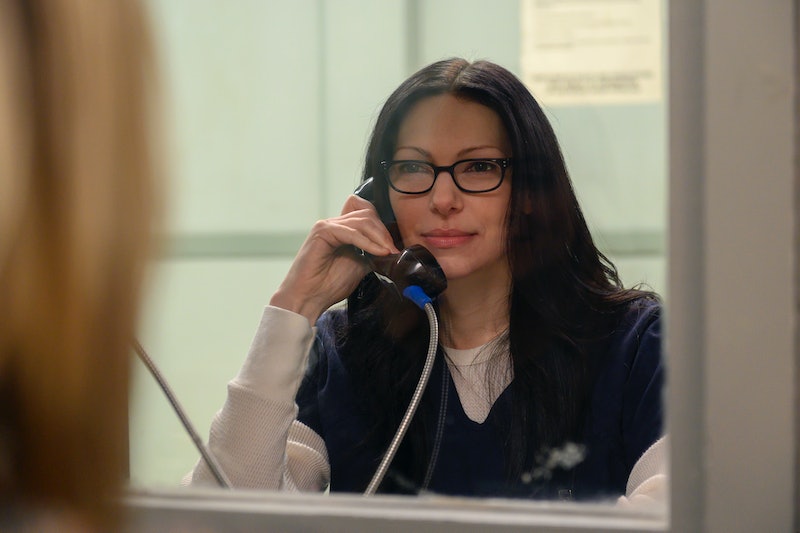 The couple has already overcome some pretty heavy obstacles (including Piper forgiving Alex for turning her in to authorities in the first place) but in Season 7, they have to face perhaps their greatest challenge yet: living separate and drastically different lives. After Nicky prison-married them at the the end of Season 6, the two begin Season 7 quite devoted to making their relationship work, even though Piper has been released and Alex is still in prison. However, it doesn't take long for things to start falling apart. Piper's probation makes it difficult for her to visit Alex at Litchfield, while Alex, unbeknownst to Piper, is forced into dealing drugs for Hellman, and later McCullough. Alex convinces McCullough to let her sell phone chargers instead of drugs, but along the way, the C.O. develops feelings for her.

With their relationship fraying, Alex encourages Piper to be intimate with other people. Piper is hesitant, but tries having sex with a man she meets at the gym and a woman she meets at her parole officer-ordered Narcotics Anonymous meeting. Then, just as Piper calls Alex to tell her she doesn't want an open relationship, Alex kisses McCullough and they begin an affair. On the outside, Piper isn't aware that Alex is, for all intents and purposes, cheating on her.

Afterward, Piper doesn't become sexually involved with anyone, but does develop a close relationship with her new friend Zelda that Alex becomes jealous of. So Alex continues to instigate the affair between her and McCullough in secret. In a flashback, we're reminded that Alex previously cheated on her live-in girlfriend Sylvie when she first met Piper. Upon discovering Piper in their bed, Sylvie told Alex that she's "so afraid of losing control, she "blows sh*t up" before anyone can hurt her. So with Alex continuing to engage in an affair with McCullough, she's repeating history.

Alex's lies come to a head after McCullough, heartbroken that Alex has broken up with her, follows Piper and tells her about the affair. In retaliation, and also because she has genuine feelings for her, Piper has sex with Zelda. Afterward, Alex finally gets honest with Piper, telling her, "I think I was trying to protect myself because your life is out there now and I was scared that you would leave me." Piper wants to stay together and make it work because she still loves Alex, but McCullough, overwhelmed by her feelings, asks Tamika to transfer Alex to a different prison.

In the series finale, Alex decides to officially end things with Piper rather than try an even longer-distance relationship. "I want you to go and be happy and free," she tells Piper, putting Piper's feelings above her own for perhaps the first time. Piper doesn't want to accept the breakup, but both her father and Larry encourage her to let Alex go. Larry, in particular, urges her to consider what "new Piper" would do, saying she should be less self-destructive and not wait around for Alex. Piper heeds his advice, but it's not the outcome he was envisioning.

It's not clear if she moved to Ohio to be closer to Alex or has just made an effort to drive there and see her, but in the ending montage, we see Piper visiting her wife at her new prison. They briefly touch hands over the partition-less wall and the love they still share for one another is clear. Piper, having said earlier that she has a tendency to run away when things get hard, realized "new Piper" would do the opposite. And so she stayed.