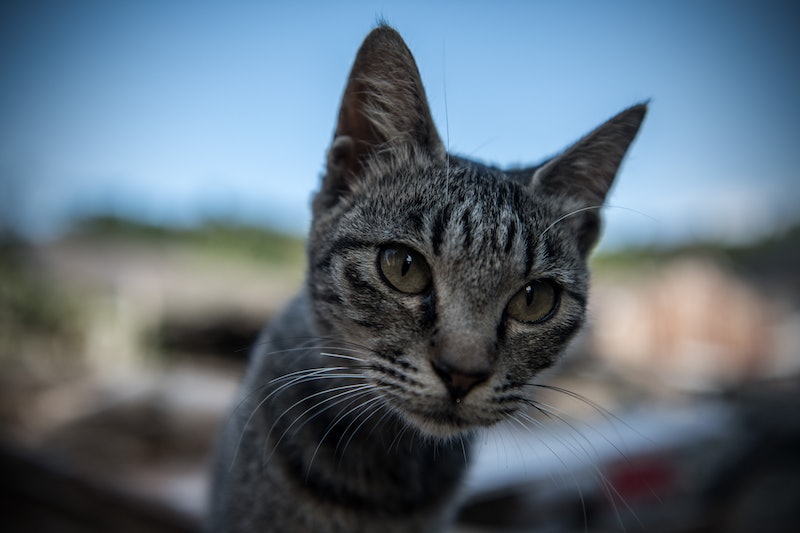 Listen, we all talk to our pets when no one is watching. Sometimes we even do it when people are watching. We’ve all told ourselves that we’re not doing it for us; we’re doing it for them or perhaps for science. Well, put on a lab coat and grab your lab goggles because a new study in which scientists talked to cats was just published. Does this mean I can tell my parents I’m a doctor now?

Scientists conducted the study to try to figure out whether cats know their own name. (This is why they asked scientists and not cat owners who would have responded, “Yes, of course, Sergeant Floofy knows her own name. How dare you suggest otherwise.”) The study, published today in the journal Scientific Reports, suggests that assumption may not be far off: some cats are able to distinguish their names from other names and other general nouns.

As Gizmodo points out, this “doesn’t mean cats understand the human conception of a name, but it does show that at least some cats can distinguish their names from other words.” The cats would need to read far more Shakespeare and spend hours staring at themselves in a mirror to really understand “what even is a name.”

A team of researchers from Sophia University in Tokyo, Japan studied house cats as well as cats from a cat café in order to come to their conclusion. Over the course of four experiment sessions with 113 different cats, the scientists spoke a series of words to the cats to see how they would respond. The words consisted of the cats’ own names, other cohabiting cats’ names, as well as general nows.

Among cats from ordinary households, cats habituated to the serial presentation of four different general nouns or four names of cohabiting cats showed a significant rebound in response to the subsequent presentation of their own names; these cats discriminated their own names from general nouns even when unfamiliar persons uttered them. Scientists then observed and recorded the cats’ response to the series of words against five measures: ear moving, head moving, tail moving, vocalizing, and changing locations.

The results? A notable number of cats’ responded to their own name (about a third of the sample). Researchers concluded that they were able to distinguish their name from other cats’ names and general nouns.

However, the results were slightly different among the café cats. While they were habituated to general nouns, the café cats were unable to discern their own names from other cohabiting cats’ names. Researchers suggest that this may mean learning names is dependent on the cats’ environment.

“Social evolution is an ongoing process,” Saito told National Geographic. While human domesticated dogs, cats are self-domesticated. As cats continue to spend more time indoors and around human, their behaviors (i.e. recognizing their own name) continue to evolve.

So, what should you, beloved cat owners, make of this study? If your cat comes when called, you can thank social evolution. If not, well...maybe a few more treats will be the encouragement they need.

More like this
21 Absolutely Adorable Christmas Gifts For Dogs
By Carolyn Steber
If You Have Pets, You Probably Don't Realize You're Making These Common Mistakes
By Mackenzie Edwards
David Tennant’s Transformation In ITV’s 'Litvinenko' Is Astonishing
By Sophie McEvoy
Why Portia From 'White Lotus' Is Absolutely An Aquarius
By Nina Kahn
Get Even More From Bustle — Sign Up For The Newsletter