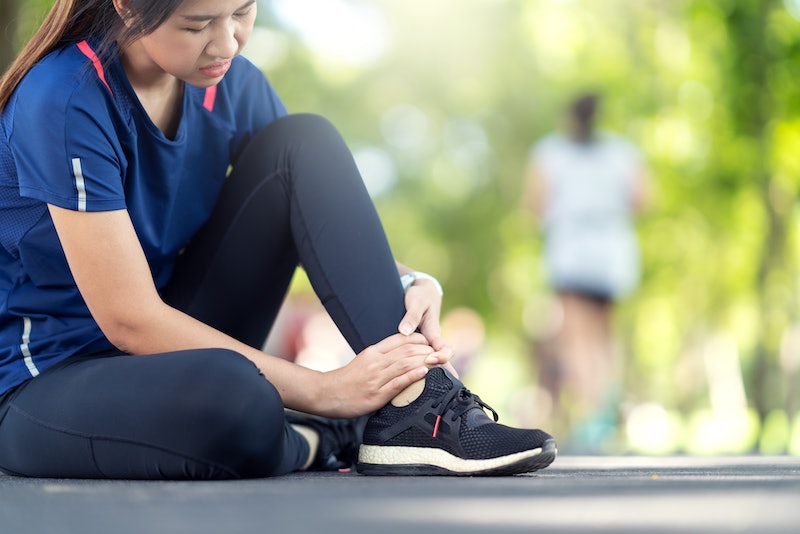 If you've ever experienced joint pain, you know how debilitating it can be to do simple physical things. It can also be frustrating to figure out the cause of said pain, especially if it doesn't stem from something obvious, like an injury at the gym or a terrible mattress. But if you've assumed you might have arthritis, or have even had someone tell you as much, there are health issues that get misdiagnosed as arthritis that you might know about. Especially if your pain does not seem to be going away.

That being said, arthritis doesn't always cause pain, and if it doesn't hurt, it doesn't necessitate treatment.

"For example, if you have a clogged artery in your heart, you need to get that taken care of," Paull says. "Arthritis isn't like that. If you have it and it doesn’t hurt you, you can live with it [without treatment.]"

But Paull says that it is really pretty easy to figure out whether or not a person has arthritis, since it shows up so clearly with an X-Ray as an empty space between your joints. That being said, because arthritis is so common, there are definitely health issues that get misdiagnosed as mild or moderate arthritis. There are conditions who have symptoms similar enough that mistakes can be made when trying to pinpoint the problem.

"Sometimes the pain is falsely attributed to osteoarthritis rather than the true underlying issue that is causing the majority of the pain," Paull says. And if you think this might be happening to you, look below at other potential causes for your aching joints.