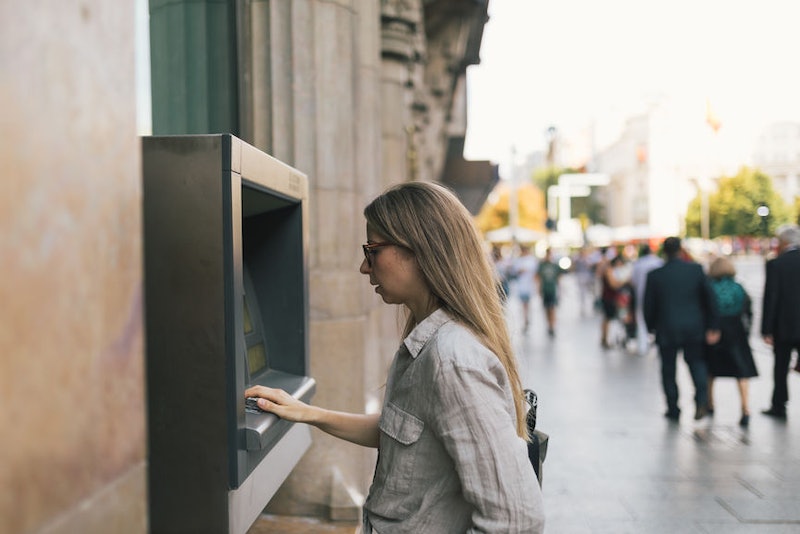 For some time now, millennials have been getting a pretty bad wrap for how they spend their money. First it was avocado on toast, then it was city breaks, craft gin, and, eventually, pumpkin spiced lattes. Sure, millennials may be spending money on luxurious items once in a while (because what's life without a little enjoyment?), but they're certainly not wasting all their money on these expenses. Trust me, I'm speaking from experience here. And now there's the research to back me up. A study from the think tank Resolution Foundation has found that under 30s are actually spending less than they were in 2001.

Known as the generation that can't buy a house because of too many fancy brunches, it's pretty interesting to see that under 30s now are spending far less than under 30s in 2001.

The Resolution Foundation is an independent British think tank "focused on improving the living standards for those on low to middle incomes." Every year, they publish an Intergenerational Audit that focuses on "the experiences of different cohorts compared to predecessors at the same age". As the BBC notes, the reason for this is "to see if it was still true that newer generations are better off than their predecessors were."

This year, The Resolution Foundation found that under 30s are spending around £350 in total per week on non-housing items, which is 7 percent less than under 30s in 2001. The report reads:

"Overall, these changes in what people spend their money on support the conclusion that the 21st century has been characterised by a squeeze on spending — especially spending that is discretionary, or just plain ‘fun’ — for millennial and Generation X cohorts."

The report found that under 30s were currently spending less on leisure activities such as hotels and restaurants.

One of the most alarming points that the report showed was the "huge" wealth gender gap. Women in the 60s have a little over half the wealth of men of the same age.

The Resolution Foundation says that this Intergenerational Audit is not an attempt to pit generations against each other but instead a way to "understand the changing economy." But additionally it's a pretty good way of dispelling any rumours about under 30s spending obscene amounts on avocado toast.

The President of the Intergenerational Centre David Willetts has said:

"From frustrations about buying a first home to fears about the cost of care, Britain faces many intergenerational challenges. The big living standards gains that each generation used to enjoy over their predecessors have stalled. By looking for solutions through a generational lens we can repair the social contract between generations, and help bring our country back together again."

So the next time you hear someone complaining about millennials spending too much money on pumpkin spiced lattes just point them in the direction of the Intergenerational Audit.