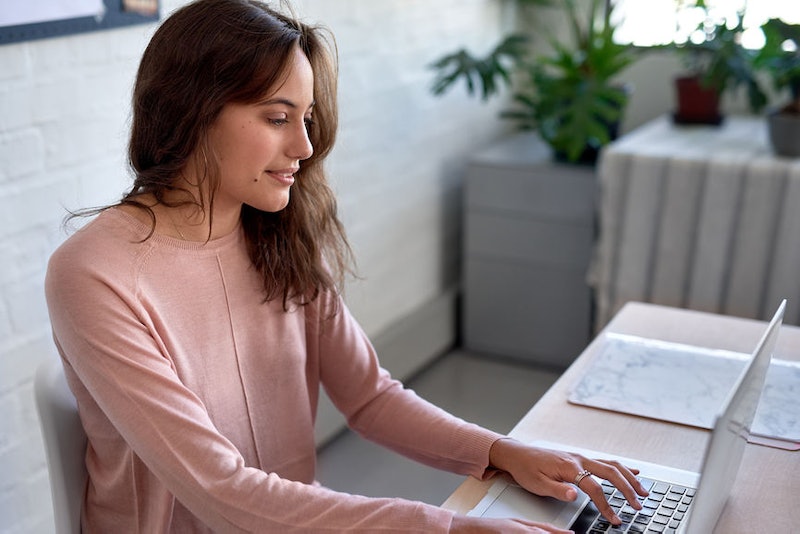 Most millennials are familiar with the stereotypes: we're lazy, we're allergic to work, we fritter away our meagre savings on avocados. And most of us, too, are familiar with the reality, which sees us work long hours, sometimes in multiple jobs, in an unstable job market where we're just keeping our heads above water. The findings of a new study by the Resolution Foundation, therefore, will come as little surprise: the financial crisis of 2008 is still hurting millennials' wages, particularly those who were in their 20s when the crisis struck. So do millennials work harder for less? Sounds like it's awfully likely.

The think tank, which centres on "improving the living standards for those on low to middle incomes," released its latest "Earnings Outlook" on February 3, assessing the enduring impact of the 2008 global financial crash on UK workers' pay packets. And the findings, particularly for millennials, aren't pretty. According to the think tank, the crisis hit 20-somethings the hardest, as their wages dropped 11 per cent in the resulting "pay squeeze." A decade later, the impact remains: those in their 20s today are seeing "strengthening pay," but average pay for British workers in their 30s is still 7 per cent below its peak before the recession.

What's that, you say? Millennials are earning less than previous generations not because they're idle, but because the cards are stacked against them? What an utterly unanticipated revelation.

Nye Cominetti, an economic analyst at the Resolution Foundation, said in a statement, "Britain has experienced a truly horrendous decade for pay, but an increasingly tight labour market is finally starting to deliver a pay recovery. Whether this recovery continues to build momentum in 2019 will depend in large part on what happens with Brexit."

"But there remains a lot of ground to make up before we return to pre-crisis pay levels — especially for those workers unlucky enough to enter the labour market during the financial crisis," Cominetti continued. "This scarring effect on the wages of today’s 30-somethings is particularly concerning at a time when many are facing the increased income pressures of bringing up children or aspiring to own their own home."

The think tank's report offered another surprising finding, one that runs counter to convential wisdom about employment loyalty. Workers who switched jobs experienced 4.5 per cent real pay growth in 2018, while those who stayed put saw growth of only 0.5 per cent. Time to start dusting off that CV, perhaps?

According to the foundation, younger millennials — those in their 20s — are far more likely to switch jobs than their older counterparts. In fact, workers in their 20s change jobs about twice as often as workers in their 30s and 40s, with only 0.7 per cent of the latter group changing jobs by choice last year. The Resolution Foundation offered the following advice as a result: "For these pay-squeezed millennials, now might be the time to finally make a reality of their long-held stereotype, and start job-hopping."