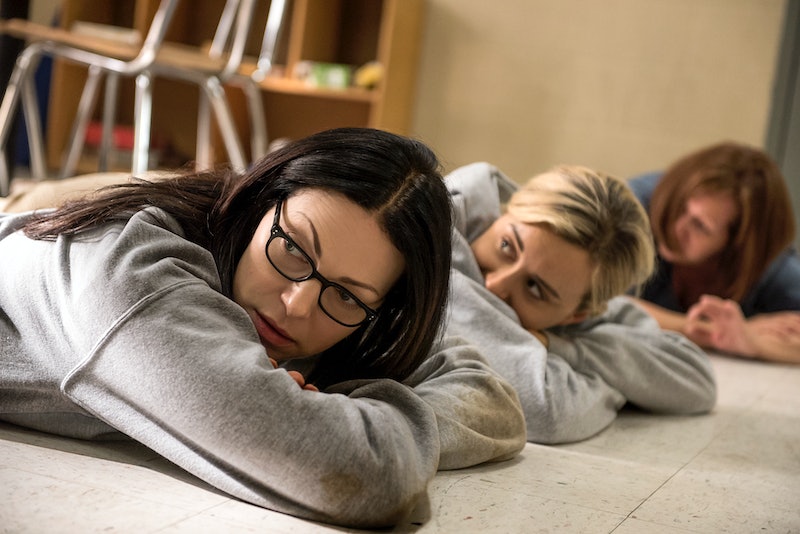 Usually in a season of Orange Is The New Black, things start rough but get worse over the course of the season. Season 5 breaks the trend by having things start out pretty horribly at the beginning of the season, which picks up right in the middle of the prison riot that closed out Season 4. This season follows the few days immediately after the prison riot starts as the administration attempts to maintain some kind of order — but how would this riot go down in real life? If Litchfield were real, would it still be allowed to function or do prisons get shut down after riots?

There's no one answer to how prisons respond to riots, but getting shut down as a direct result of a riot seems to be extremely rare. As seen in Season 3 and 4 of Orange Is The New Black, Litchfield has gone from a public prison to a privately-owned financial investment, meaning that for some very rich people in very nice offices, it would be a massive financial burden for Litchfield to close down. While prisons on the whole don't often get shut down, the consequences of a riot could still have a major impact on the lives of Litchfield's prisoners.

When the riot begins, the members of the Litchfield riot begin yelling "Attica!" — a reference to the infamous Attica Prison riot. However, that example was far bloodier and devastating than Orange Is The New Black is likely to get. But even Attica, the site of the most well-known and brutal prison riot of the 20th century, did not shut down after the 43 deaths that occurred during the riot. It Attica wouldn't shut down after it's incredibly violent riot, chances are that Litchfield will manage to stay open unless the entire facility gets burnt to the ground.

However, just because the prison likely won't be shut down, that doesn't mean that changes won't be made after the prisoner's riot. Inmates at Willacy County Correctional Center were transferred to a new prison following a riot at their facility, and UK Prison HMP Birmingham shut down two wings amid riots there. The most likely scenario for a post-riot Litchfield could be not that the prison itself shuts down, but that the prisoners are freed from the demands of its private owners and are able to go back to being a non-private prison.

In 2015, a prison in Golden Valley, Arizona saw riots occur over the course of three days. After the riot was quelled, Arizona Doug Ducey ended a contract with Management & Training Corp, or MTC, who operated the facility.

The biggest obstacle in the past few seasons has been not other prisoners, but the tightening grip of authority on the institution, so getting the fictional MCC to give up Litchfield may be the best possible result for the rioting prisoners.