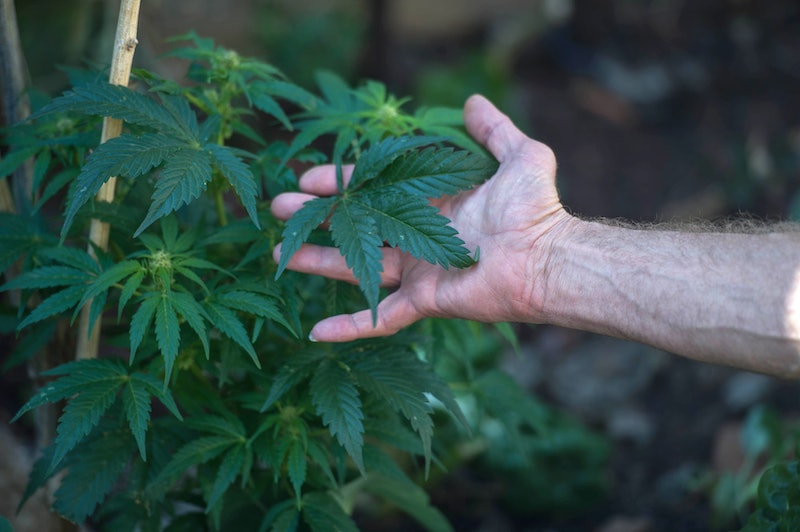 Some social movements take decades to kick into gear before they even really make a dent in public opinion. Some, on the other hand, sweep through in a matter of years, changing minds all across the political spectrum. In the U.S., it turns out, the issue of marijuana legalization is one of the latter cases. According to a new Gallup poll, a majority of Republicans support marijuana legalization. Fifty-one percent of Republicans indicated their support for legal marijuana, a significant jump up from even the 40 percent who said the same last year.

Overall, 64 percent of Americans believes that pot should be legal, a record high. Gallup has been following this particular statistic since 1969, and only 12 percent supported pot legalization then. While that number rose quite gradually until the new millennium, it started rising at a faster pace after that. A majority of Democrats supported marijuana legalization from 2009, and now Republican support has risen sharply in the past two years so that the same is true of them as well. The trend for both parties, it appears, points upwards, despite admonitions from Attorney General Attorney Jeff Sessions, one of the nation's most prominent anti-marijuana legalization advocates.

Despite the fact that eight states have legalized the drug and another 28 allow it for medical uses, Sessions hasn't stopped letting his opposition be heard. In fact, NPR reports that the Trump Justice Department, with Sessions at the helm, has even suggested it might try pursuing a tougher federal stance on marijuana even though public opinion has shifted so rapidly.

"When you see something like the opioid addiction crisis blossoming in so many states around this country, the last thing we need to be doing is encouraging people. There is still a federal law we need to abide by," former press secretary Sean Spicer said about the recreational use of marijuana.

The administration, it appears, is paying attention to a whole different set of facts than the majority of Americans. There are any number of reasons why the shift in public opinion might have happened so rapidly, from increased tax revenue and fewer arrests in states where pot is legal, to the health benefits that marijuana offers. These range from the more obvious pain management, to experimental studies claiming that pot could help prevent brain diseases or treat epilepsy and breast cancer. And with a political climate that's causing a noted uptick in anxiety for much of the population, perhaps those with the access and means have been turning to marijuana for some much desired stress relief.

Another issue with a similar trajectory in terms of public support is gay marriage, which became fully legal across the country in 2015 and which 64 percent of the country supports now. There is some speculation that public support for legal marijuana could go down as the generally pro-legalization millennial generation gets older and has children of their own, similar to what began happening in the late 1970s with the Baby Boomer generation. People who favor legalization also generally don't feel as strongly on the subject as those who oppose it, and many of them favor legalization even while believing that it is a harmful drug.

The Trump administration's opposition or not, this high public vote of confidence could help spur another wave of weed legalization bills. As the process of legalization gets smoother, too, some of the hitches that states have already run into (like, for example, the unexpected popularity of edibles and the ensuing need to regulate them differently) will disappear, and people could become even more inclined to favor legalization.

Sessions can keep his opinions about Mary Jane — but if he tries to push policies that the public deems too harsh, they might leave him other anti-marijuana advocates high and dry.