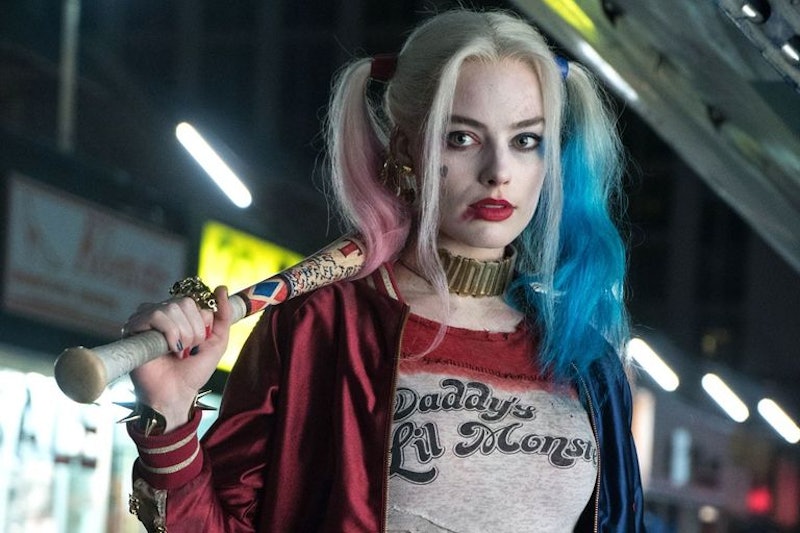 Margot Robbie's Harley Quinn was the breakout character of 2016's Suicide Squad, which was no small feat considering the film featured an ensemble cast playing some of DC's most well-known villains. And this time around, it's Quinn who's getting the spinoff. Robbie will star as the protagonist of Birds of Prey, which centers on a group of women who come together to battle a megalomaniacal kingpin bent on killing them. With Birds of Prey being a sequel of sorts, do you need to see Suicide Squad before Birds of Prey? Fortunately, the two films have nothing in common but a comic universe and Quinn.

Most of the promotional material for Birds of Prey establishes pretty clearly Quinn's on her own after a breakup from the Joker. The most recent trailer even implies the Joker might be dead. He might as well be, because the lone connection between Suicide Squad's rag tag crew of incarcerated assassins on a government mission and Birds of Prey's disparate group of women coming together is Quinn herself.

And Birds of Prey screenwriter Christina Hodson told Variety she specifically wrote the script to highlight Quinn, not her past relationships. "She doesn’t have to be in anyone’s shadow...I’m excited to see Harley stand on her own and be her own thing." But because Quinn's such a sociable character, Hodson felt that she'd naturally gravitate towards forming a crew, and Robbie agreed. "She really wanted to see Harley with girlfriends, Harley in a girl gang," Hodson said.

This girl gang consists of Quinn (Robbie), Black Canary (Jurnee Smollett-Bell), The Huntress (Mary Elizabeth Winstead), and Renee Montoya (Rosie Perez) who band together to save Cassandra Cain (Ella Jay Basco), a young woman who stole from from Black Mask/Roman Sionis (Ewan McGregor) and is now being hunted by him.

Black Mask, Birds of Prey's main villain, is a thin-skinned, charismatic underworld figure, which McGregor described to Men's Journal as perfect for, "the Time of Trump...an absolute narcissist spoiled in his upbringing." He's also lightyears away from Suicide Squad's antagonists Incubus and Enchantress, ancient magical siblings turning an entire city into monsters.

But despite relying on some of the larger tropes of comic book films — like having a villain as a foil, whose intent on making Gotham their city — director Cathy Yan made Birds a truly character-driven film. Which is unusual in the comic universe. As she told Screen Rant, it was important for her to, "Mak[e] sure everyone has an arc, and that they're compelling, and interesting, and dynamic, and complicated. That's more important to me, I think, than just blowing the whole world up [Laughs]. So that kind of indie sensibility. And aesthetically too...really trying to push the envelope on that and create a new aesthetic world that we haven't really seen before for Gotham."