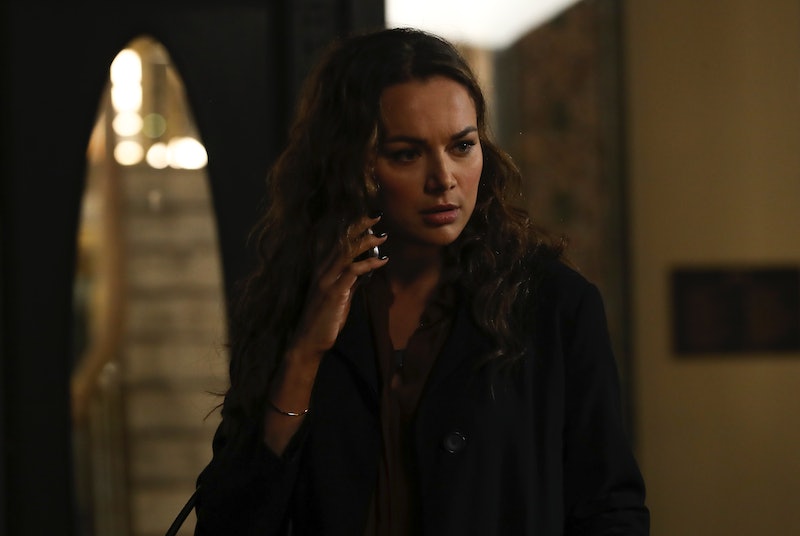 A Million Little Things seems to offer a million different twists each episode. Recently, Sophie and Delilah are getting along after a needed mom/daughter bonding moment, but this might change when Delilah’s pregnancy becomes public knowledge. Katherine also gave Jon the official boot from her life and Rome is finally getting the medication he needs for depression. In the midst of all this drama, the mystery of Jon’s death has taken a backseat. What is going on with those Rutledge files and the folder with a life insurance policy left to Jon’s buddies and some woman named Barbara Morgan? Does Ashley know Barbara Morgan? It's not clear at this point, but she definitely knows more than she is telling the group.

Ashley has been mostly MIA for the past couple of episodes, but fans cannot forget her shady behavior concerning this life insurance file. She read a note that Jon left to Delilah about the folder and went into his home office to grab it behind his wife’s back. If Jon left this for Delilah to find, then he meant for her to receive that information. And, this probably means that Delilah either already knows who Barbara is or he wants her to find out. Why is Ashley hiding this policy with Barbara’s name on it? Does she know something about Barbara that no one else knows?

Barbara was obviously close enough to Jon for him to include her on a life insurance policy but her name has yet to come in a conversation among the group. There are rumors of her being the mysterious woman at the funeral who spoke to Eddie, but nothing has been confirmed yet. Perhaps Jon wasn’t the perfect guy and had some type of salacious affair or shady business deal going on with Barbara Morgan. If so, it would make sense would make sense for Ashley to know about her boss having an affair (or a bad business deal involving those Rutledge files) because she spent so much time with him.

And, it looks like things are coming to a head this week based on a sneak peek on A Million Little Things Twitter page. The clip starts off with Delilah, who is obviously battling early pregnancy sickness, admitting to Ashley that she is having a baby. While the crew mulls over whether Eddie or Jon is the father, Ashley has a change of heart about giving Delilah the note from Jon. Delilah reads the letter and is incredibly furious with Ashley about keeping the letter from her for so long. She says she trusted Ashley and demands to know what is going on, so there’s obviously some serious stuff in this letter.

This means that Ashley will also have to turn over the contents of the folder to Delilah, so hopefully we will finally figure out the truth about good old Barbara Morgan. It’s possible that Delilah is confused about this secret woman and Ashley has to come clean with answers. Or, perhaps they both know her in very different ways.

Either way, the connection (if any) between Barbara Morgan and Ashley will be revealed really soon. Find out the latest twists each Wednesday at 10 p.m. ET.