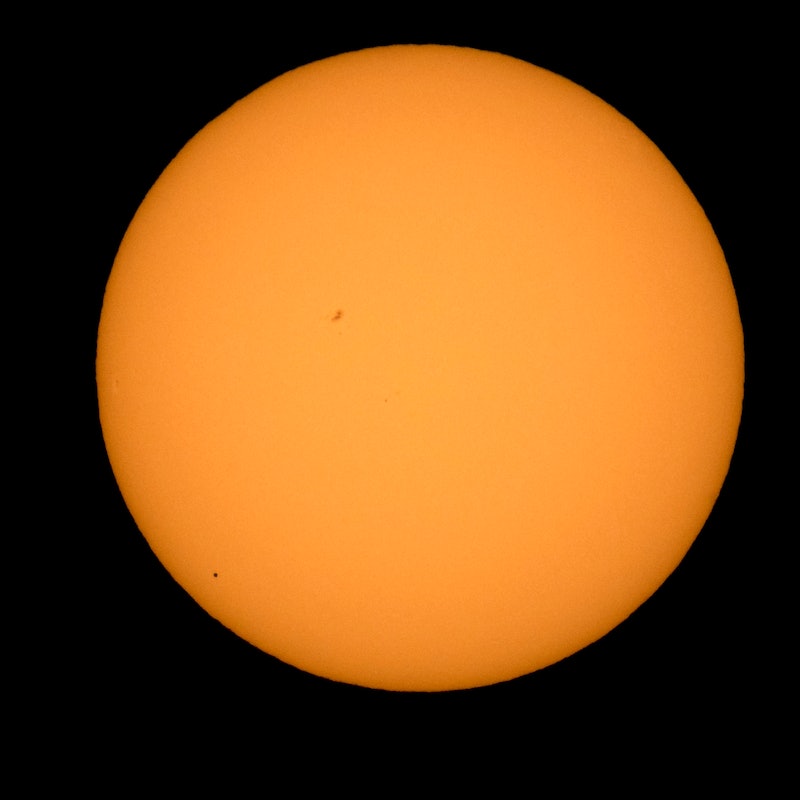 If you feel like you're just starting to get over the crash that came with losing an hour thanks to the start of Daylight Saving Time on Mar. 11, you better enjoy your peaceful sleep while it lasts: the end of March might just mess with your shut-eye once more. On Mar. 22, Mercury is going intro retrograde until Apr. 15, meaning your world is going to feel a bit wonky and off-balance. That also means that your sleep patterns are probably going to be affected. A lot of people don't even realize how Mercury retrograde will affect their sleep — but if you're aware of what it can do, you might just be better prepared to deal with it.

First, though, it's probably helpful to understand exactly what Mercury retrograde is. You may have heard this phrase being thrown around on social media or in movies, and you've probably associated it with bad luck and annoying situations, although you may not realize why. Retrograde happens when the planet Mercury starts to rotate faster than the Earth. This change makes it look like Mercury is spinning backwards — and it also messes with the universe a bit.

Mercury is the ruler of communication, and when it goes into retrograde, it can start to affect our lives. Mercury retrograde is often linked to communication issues, technology mishaps, and annoying travel problems. During retrograde, it's not uncommon to feel a bit foggy, to do or say the wrong thing no matter what, and to struggle with making big decisions. You might experience a lot of traffic or weird travel delays, or you might even notice that your tech items are acting strangely. This is all just part of Mercury retrograde, unfortunately.

On Mar. 22, Mercury goes into retrograde under Aries, which is the first of the fire signs. According to Lua Astrology, this means that we're going to "act first, think later." This Mercury retrograde specifically could result in a lot of spontaneity that leads to rash decisions and quick thinking. You might feel tempted to say things you wouldn't normally say, or to be extra blunt, even to the point of being brutally honest. You might find yourself doing without really thinking, and that kind of impulsive behavior could result in some negative consequences.

So, clearly, this Mercury retrograde is going to be a bit tough to get through (never mind the fact that a full moon is happening right in the middle of it). But is it also going to mess with your sleep? The answer is not one you're going to love: yes, it's totally possible for Mercury retrograde to totally eff up your nighttime routine.

According to Rise and Shine, "reports have shown that it is prevalent to have interesting dreams, sleep walk, and even experience heightened sleep deprivation during a retrograde." Some have said they've experienced "false awakenings," which basically explains the weird thing that happens when your dream feels so real that you actually think you're awake, even if you aren't. Yikes.

Speaking of dreams, they might be a little on the weird side. The blog Dreaming with Neko says that you might find yourself dwelling on your past during your dreams. You might end up dreaming about a past experience that you normally don't like to think about.

Strange dreams are annoying, but they aren't as bad as feeling totally exhausted, which unfortunately might happen. According to Eight Sleep, "The moon governs our emotions, heart, and stomach while Mercury rules the nerves and brains — all important in our nightly rest. Sometimes retrograde disrupts people's sleep activity because the planets are not quite aligned." If you find yourself feeling extra tired, not being able to fall asleep at night, or feeling super groggy in the morning, blame it on Mercury retrograde.

Unfortunately, the retrograde period will last for a few weeks, until Apr. 15. During that time, you'll want to try to get some extra shut-eye whenever possible. Make sure you're ready for sleep by avoiding things that will keep you awake - stay away from tech screens an hour before you go to sleep and avoid caffeine in the afternoon. You should also focus on relaxing yourself before bed, maybe by lighting some lavender candles, doing a face mask, reading, or listening to gentle music.

The good news is that this won't last forever! And, hey, you still have a little time before the retrograde period to get some sleep in!