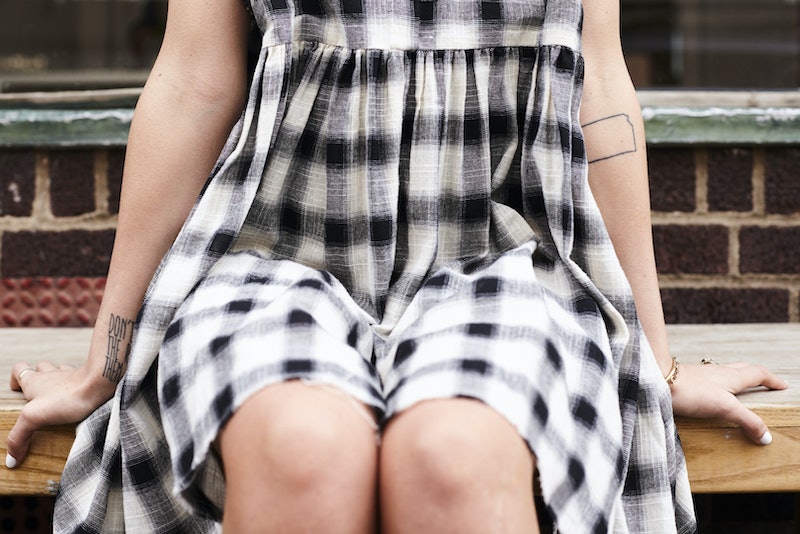 Abortion rights have been under attack since they were first established with Roe v. Wade, and the arguments have only gotten more heated after the confirmation hearings of Supreme Court nominee Brett Kavanaugh. Reproductive rights advocates say he could be the decisive vote on cases that could undermine abortion rights. While you don’t get a direct say in what cases go before the Supreme Court or who gets to decide those cases, the midterm elections could affect abortion access in the future.

Some of the most consequential votes you’ll cast in November are for who will represent you in Congress. Whoever gets elected to the Senate and the House will vote on legislation that affects reproductive rights. If a vote comes up on repealing the Hyde Amendment, a law that bans the use of federal funding to pay for abortions except in certain cases, or should the conditions arise for federal legislation banning abortion outright, you're going to want someone who represents your opinions in Congress.

But abortion regulations and restrictions aren't just worked out at the federal level. The same conversations are happening in state legislatures — and guess who else you vote for in November? Your state representatives, who will decide on that legislation. Again, you’ll want to make sure you have your say by voting for candidates who share your positions on the subject. You can use tools like Vote411’s personal ballot to find out where candidates at both the federal and state level stand on abortion rights and other reproductive health issues.

So, I can’t directly vote on abortion?

Depending on where you live, you might also be able to vote on a ballot measure related to abortion. For example, in Oregon, there’s an item on the ballot this fall billed as the Ban Public Funds for Abortions Initiative… and that name is self-explanatory. Oregon Measure 106 would prohibit the use of public funds for abortions except when the procedure is “medically necessary,” as in circumstances where the pregnant person is in danger of death, or else in cases of rape or incest as required by federal law.

If you live in Alabama, you’ll encounter Alabama Amendment 2 when you head to the polls. The proposed amendment to the state’s constitution would make it state policy to “recognize and support the sanctity of unborn life and the rights of unborn children, including the right to life” and to protect “the rights of the unborn child.” The amendment would also codify that no part of Alabama’s state constitution provides a right to an abortion or funding for abortion. Rep. Matt Fridy, the Republican state representative who proposed the amendment, has said he wants the amendment in place so that in case Roe v. Wade is overturned, no one can argue that Alabama’s constitution grants the right to an abortion.

If Roe v. Wade is overturned, this would ensure that West Virginia’s constitution could not be interpreted as protecting the right to an abortion.

And West Virginia voters will encounter a similar ballot measure: West Virginia Amendment 1. Also called the No Right to Abortion in Constitution Measure, this is a proposed amendment that would “clarify that nothing in the Constitution of West Virginia secures or protects a right to abortion or requires the funding of abortion.” Similar to the amendment proposed in Alabama, if Roe v. Wade is overturned, this would ensure that West Virginia’s constitution could not be interpreted as protecting the right to an abortion.

What’s all this about Roe being overturned?

The Supreme Court's Roe v. Wade decision established a precedent that cemented abortion as a constitutional right. But it also could overturn that decision, taking back the abortion rights that it guaranteed.

The Senate gets to decide who sits on the Supreme Court. They confirm future Supreme Court justices, and that’s just one more way the midterm elections could affect abortion rights.

And remember, you get to decide who sits in Congress.