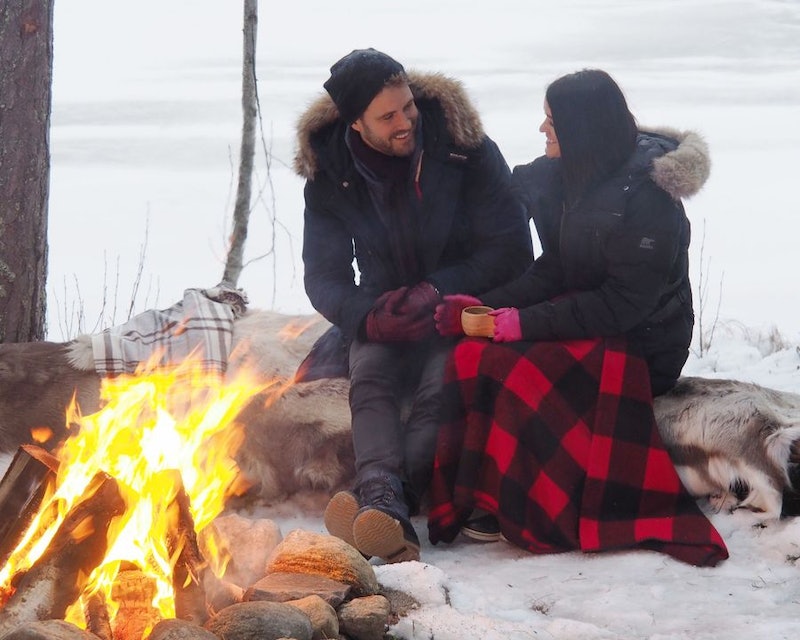 Nick Viall has proposed twice already on The Bachelorette, so it’s safe to say that he knows how this whole thing goes on national television. And on Monday night, Nick will again sit with jeweler-to-the-stars Neil Lane, while they hem and haw about “the perfect diamond,” and then Nick will present it to his new beloved as the wind whips through both their hair in a picturesque setting. But does Nick pay for the engagement ring on The Bachelor?

Those diamonds are whoppers, so I’m not sure even a perpetual reality star like Nick could afford a ring like that. I mean, most people couldn’t afford a ring like that, but you know, you gotta give people something to aspire to since you’re on television and everything. Plus, the camera adds ten carats. (That's the saying, right?) Anyway, it’s pretty traditional that the Bachelor does not have to pay out of his own pocket for Neil Lane to pony up. While it’s not known if Neil Lane donates the ring to ABC or if ABC buys the sparkler that Nick will choose, the contestants do not pay for the ring. I mean, you can if you want to — Bachelor star Aaron Buerge opted to pay for his $35,000 Harry Winston engagement ring for Helene Eksterowicz (they later broke up and she auctioned it off on eBay).

Of course, there are conditions of having a ring that you don’t pay for. According to Radar Online, the Bachelor and Bachelorette contracts stipulate that the ring belongs to show, first and foremost. If Nick and his chosen one (or any Bachelor and their chosen bride, for that matter) break up before two years have gone by, that big rock goes back to ABC for safekeeping (or probably recycling, because I swear all the engagement rings look the same). If they split after two years, the couple can decide what to do with it (like sell it).

These rings are at least $50,000, and since so many of the Bachelors are normal guys, they can’t afford to drop that on one diamond. You could buy a car! A house! I’m not saying that you shouldn’t spend $50,000 on a diamond ring if you want to, but it would be pretty lame of the show to demand that the Bachelors pay up for a ring they can’t afford.

Honestly, I’m looking forward to seeing Neil Lane again, he and Nick know each other so well by now that I just assume they’ll have a shorthand way of picking out rings for whomever Nick chooses. Nick will give Neil a look and boom — that ring will be on his chosen woman’s finger. That’s the magic of television, people.