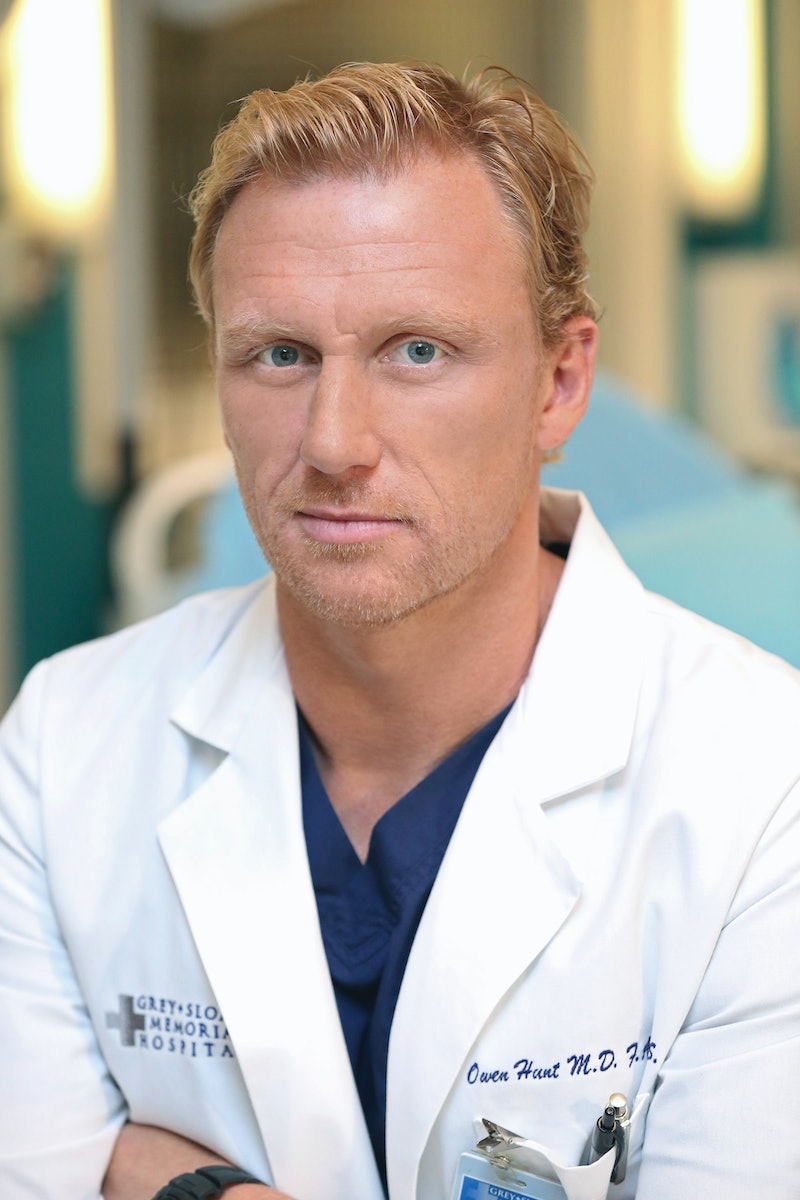 It's not an episode of Grey's Anatomy if Owen's not pining over Amelia and/or Teddy. On the May 2 episode, Owen had a breakthrough after spending some time with a therapist. He realized he was in love with "her" and couldn't wait to tell her. In fact, he didn't even feel guilty about going after this mysterious "her." He felt perfectly clear in what he wanted and he couldn't wait to tell this woman that he loved her. He's either talking about Teddy or Amelia, and, honestly, both women deserve better.

Owen doesn't just get to have whichever woman he wants in life. Amelia and Teddy are happily in other budding relationships, and going after either of them is, frankly, rude. Just because he's clear now in what he wants, that doesn't mean he gets to barrel into someone else's life with his demands to be loved.

It's not totally clear who Owen was talking about. It could be Teddy who is pregnant with his child. But Teddy has been happily seeing Tom Koracick for several episodes now. Koracick just asked if he could come to her birth and she said yes, that wouldn't be weird at all. For them to be at that level means that things are serious. In fact, Koracick just rented Teddy the apartment of her dreams and she looked beyond smitten with him.

But Owen has been very clear about how much he hates Koracick, and it definitely feels like there's jealousy there. Plus, Owen's sister kept telling him he was a "dum-dum" for letting Teddy slip away. Perhaps he's clear now that he wants to be with her?

On the other hand, he could have been talking about Amelia. On Thursday's episode, Owen found out that Amelia and Link had been seeing each other. Perhaps seeing her happy and with someone else has Owen rethinking that time he told her "there's just some fundamental part of you that can’t love or be loved."

Nothing has ever stopped Own from being a buffoon who chases fruitless ventures, so I don't expect anything (like common decency) to stop him from chasing after Amelia or Teddy — even if they're both happy without him. But pretty much everyone watching wants Owen to slow. his. roll.

Some Fans Were Like: Hey, Owen, Have You Tried Being Single?

You know, you don't have to always be dating someone.

Other Fans Wanted Him To Stay Firmly Away From Both Women

They've moved on. So should he.

Just because Owen knows what he wants doesn't mean it's what Amelia or Teddy wants. As a viewer, I'm glad that Owen started seeing a therapist. I think everyone deserves that kind of help; life is hard y'all. But whatever clarity he receives through his treatments he should try to apply to just his own life and not use it as a reason to go messing up someone else's. Both Teddy and Amelia have tried to make things work with Owen, and there's a reason it didn't. They're just not meant to be, and it's time Owen accepted that once and for all.