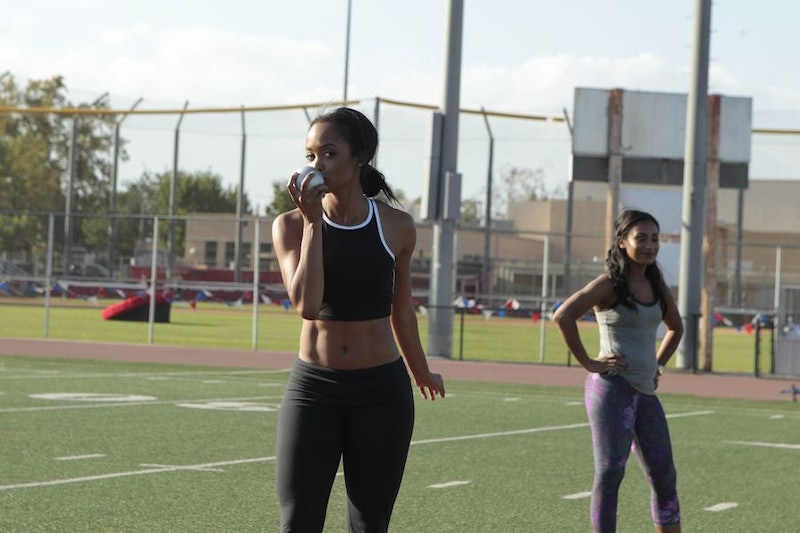 Every person — even a person who has agreed to be on a reality television show — has a breaking point, and it seems like Rachel may have reached hers on The Bachelor. Corinne, the season’s resident villain, is still on the show, and Rachel is sick of this nonsense, y’all. Will Rachel leave The Bachelor if Corinne sticks around?

I can 100 percent understand where Rachel is coming from. Corinne is young and immature, and, though she claims that she's smart and runs a multimillion-dollar company with her family, Corinne has a lot of living and learning to do. Rachel, on the other hand, is older, with a successful, established career. She's mature. She's got it together. But Nick seems to be paying Corinne, who is the bane of the house's existence, way too much attention, and Rachel's not having it. "What is the point?" she asks Nick, and I have to agree with her. If Rachel is going to put herself out there and Corinne is still going to be the pick, what is the point?

Vanessa called Nick out on the same thing a few weeks into his season of The Bachelor — the women on the show aren't as annoyed at Corinne as they are about Nick's constant fawning over her. If Corinne, say, tries to steal Nick away from one of them and Nick doesn't react, her game is thwarted. But if he does (and he has), it undermines all of the other contestants.

Will Rachel bail on The Bachelor? I don't think she will just yet, but I think that her calling Nick out could snap him into realizing which contestants are there for the right reasons and which are not.