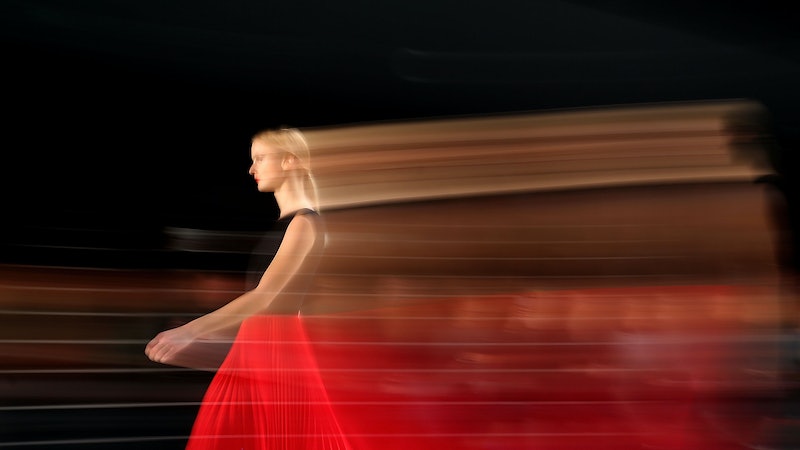 Remember when you were a kid and growing up seemed to take forever? However, once you hit a certain age everything seemed to speed up. What's up with that — does time move faster when you get older? You might be relieved to know that it's actually not all in your head, and what's been called one of the "biggest mysteries of the experience of time" by psychologist and BBC columnist Claudia Hammond, according to Scientific American, might finally have an explanation.

A new study published in the journal European Review found that physics is the reason time seems to fly when you're grown. The same thing that makes time appear to speed up is also responsible for the detailed memories many people have from childhood. While it sounds kind of confusing, both of these things are due to the reduced speed at which images are obtained and processed by your brain as your body ages, according to Adrian Bejan, the J.A. Jones Professor of Mechanical Engineering at Duke University.

"People are often amazed at how much they remember from days that seemed to last forever in their youth," Bejan said in a press release. "It's not that their experiences were much deeper or more meaningful, it's just that they were being processed in rapid fire."

But how does slower image processing make things go faster? Apparently, as you get older you process new information in real time versus as lightning speed, and for some reason that makes time appear to speed up.

"The human mind senses time changing when the perceived images change," Bejan explained. "The present is different from the past because the mental viewing has changed, not because somebody's clock rings. Days seemed to last longer in your youth because the young mind receives more images during one day than the same mind in old age."

According to a question posed to Scientific American, the fact that adults have fewer new experiences than children contributes to the appearance that time is moving faster. When you're a child, everything is new, and each age brings myriad first-time experiences that your brain is constantly processing and storing in its memory bank. Whether it's learning to read or learning to drive, grasping new concepts makes time appear to slow down.

"From childhood to early adulthood, we have many fresh experiences and learn countless new skills. As adults, though, our lives become more routine, and we experience fewer unfamiliar moments," James M. Broadway, a postdoctoral researcher in the Department of Psychological and Brain Sciences at the University of California, Santa Barbara, and Brittiney Sandoval, a recent graduate of the same school, explained. "As a result, our early years tend to be relatively overrepresented in our autobiographical memory and, on reflection, seem to have lasted longer."

This also might be why people who live in states without four seasons feel like time moves faster. If everything is the same all the time, the brain is not processing new things like the turning of leaves or the first snowfall. If time is moving too fast for you, fear not. The good news is that by keeping your brain active by committing to learning new things and having new experiences at every age, you can make time appear to slow down.

However, because there are 365 days in a year no matter what, how fast or slowly time passes is merely perception. And it's actually kind of cool that you have the power to create your own reality by feeding your brain new information and adventures. So, if you've been putting off traveling to a new place or learning a new language, you now have a great reason to stop procrastinating.