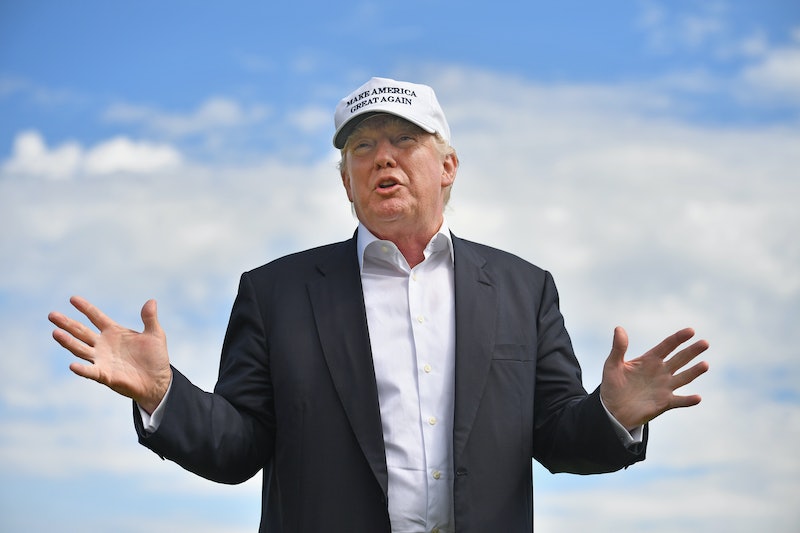 On Thursday afternoon, Donald Trump appeared in the White House Rose Garden to honor an unfortunate campaign promise: He announced his decision to withdraw the United States from the Paris climate accord. In the aftermath, the White House has refused to confirm or deny whether Trump believes in human-caused climate change. Nonetheless, senior White House officials did little to dissuade reporters of the possibility Trump rejects science, The Guardian reported.

During his announcement, Trump did not rule out the possibility of re-entering the Paris accord. However, though Trump administration officials confirmed that the United States would wait the required three-and-a-half years to officially withdraw from the agreement, they could not answer questions about what changes would have to be made to the accord in order for Trump to consider re-entering it.

On Friday, Environmental Protection Agency Administrator Scott Pruitt joined White House Press Secretary Sean Spicer for his daily press briefing. At this time, Pruitt added fuel to this fire by refusing to say whether or not Trump believes in climate change at all — even after being asked about it three times, CNBC reported.

Pruitt — who advised Trump to withdraw from the Paris accord — insisted that his discussions with the president focused on whether or not the accord was good for the United States, and that Trump's personal views on the subject had not come up. It is difficult to gauge Pruitt's sincerity here, as he has personally expressed the belief that carbon emissions resulting from human activity do not significantly contribute to climate change. Meanwhile, Spicer also said that he had not asked Trump for his personal opinion on climate change, adding to a growing chorus of White House officials who are unable to answer straightforward questions on the topic.

Following Trump's announcement in the Rose Garden, senior Trump administration officials tasked with briefing reporters also said that they had not spoken to the president about his personal views on climate change. According to The Guardian, one official told reporters that "the fact that the president in his speech today said he wants to come back and renegotiate a better deal for the United States and for the world I think speaks for itself.”

Then, when one journalist pushed back and explicitly asked whether Trump believes that human activity contributes to climate change, the official asked the reporter to stay on topic, implying that the president's personal views were not relevant to his decision to withdraw from the Paris accord.

But White House officials are wrong; so many people, from foreign political leaders and American mayors to business leaders and his own advisers, tried to convince Trump that withdrawing from the accord was a bad idea. That he decided to go through with it anyway, combined with White House officials' refusal to be transparent, implies that Trump's personal opinion is at least somewhat relevant, if not significantly so.