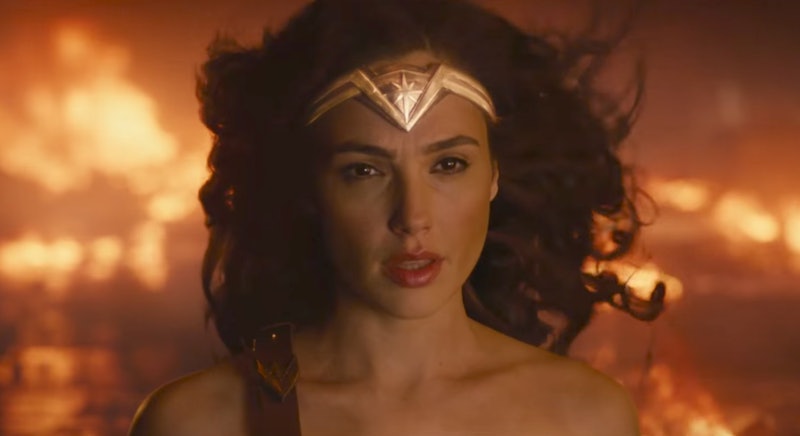 Wonder Woman has been in theaters for less than a week, and already fans are clamoring for any piece of information about the sequel. Director Patty Jenkins has mentioned a few ideas for potential follow ups, but one of the major mysteries is when Wonder Woman 2 will take place. To answer this question, first we must ask ourselves if Wonder Woman fights in other wars.

As fans know, Wonder Woman takes place in WWI, placing Wonder Woman directly in the middle of the fight between The Americans/British and the Germans, so it's not much of a leap to imagine the next Wonder Woman movie being about WWII, or another major conflict. However, the WWI setting was actually in opposition to a great majority of the Wonder Woman cannon. The superhero herself wasn't created until 1940s, and much of her early mythology was heavily influenced by the events of the war. In fact, her original origin story had Diana leave Themyscira to help Steve Trevor fight in WWII, not WWI as is depicted in the film. Wonder Woman's first major villain, Baroness von Gunther, was a Nazi, as was the first version of Doctor Poison (who is a villain in the WWI-set film).

Over the years, Wonder Woman has fought in various wars, both fictional and based in real world history. The 1969 villain Deimos, for example, was the product of the tensions leading up to Cold War, and a few iterations of Wonder Woman place her in Vietnam. However, no war has been as crucial to Wonder Woman's story as WWII. In fact, the first season of the television show Wonder Woman, which ran from 1975-1979, was actually set in 1942.

Wonder Woman's attachment to WWII is the reason so many fans were hesitant to accept the new film's WWI setting. Even director Patty Jenkins admitted she was skeptical at first, telling Entertainment Weekly, "At first, I questioned it because it wasn't her actual origin story, but very quickly I saw the genius behind it." By setting Wonder Woman in WWI, Jenkins has led many fans to believe that a sequel would take place during WWII. This would make sense, though might run the risk of being a bit repetitive. It's also worth noting that should Wonder Woman fight in WWII on the big screen, it would have to be low key. Given how unknown Wonder Woman appeared in Batman v Superman: Dawn of Justice, it seems unlikely that fans will get to see Wonder Woman fight in a major war, at least not one that was heavily photographed or recorded on film.

Regardless of when the Wonder Woman sequel takes place, or whether or not it covers a real war, the next time fans see Wonder Woman wield her lasso in battle will definitely not be in a historical film. Diana will be making a comeback to screens soon, when Justice League hits theaters on Nov. 17.