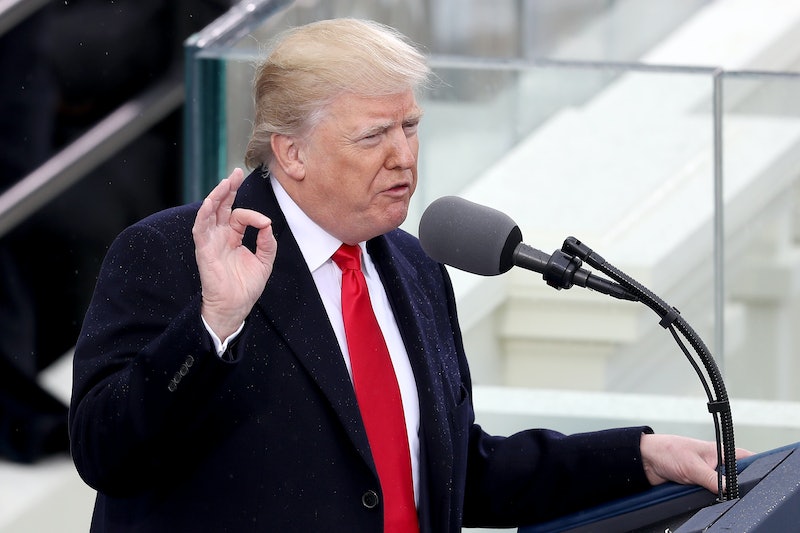 Listen, I am a pretty big movie buff myself, but sometimes quoting a film goes a bit too far. Like say, I don't know, when you end up referencing what the super villain of the film said. That is, if you even realize you're quoting them at all. Case in point, as Entertainment Weekly points out via a viral clip, President Donald Trump "accidentally" quoted Bane from The Dark Knight Rises in his inaugural speech. And, despite it becoming comical when combined with the clip of Bane saying nearly the same thing, it is not a joke. It actually happened.

Before you get up in arms about "fake news" or words being put into Trump's mouth, there's video of it. To be fair, the entire thing is not verbatim. Just one incredibly eerie closing sentiment. As EW explains, Trump's bit went as follows,

The site then juxtaposed Bane's speech with it, which reads,

We take Gotham from the corrupt! The rich! The oppressors of generations who have kept you down with myths of opportunity, and we give it back to you, the people.

But, you don't have to take it from me or even EW. You can watch the condensed version of it with your own two eyes and ears, below:

I mean, he wasn't wearing Bane's face mask at least. So, I guess that's a plus? Perhaps President Trump should have someone new review his speeches from here on out, though.