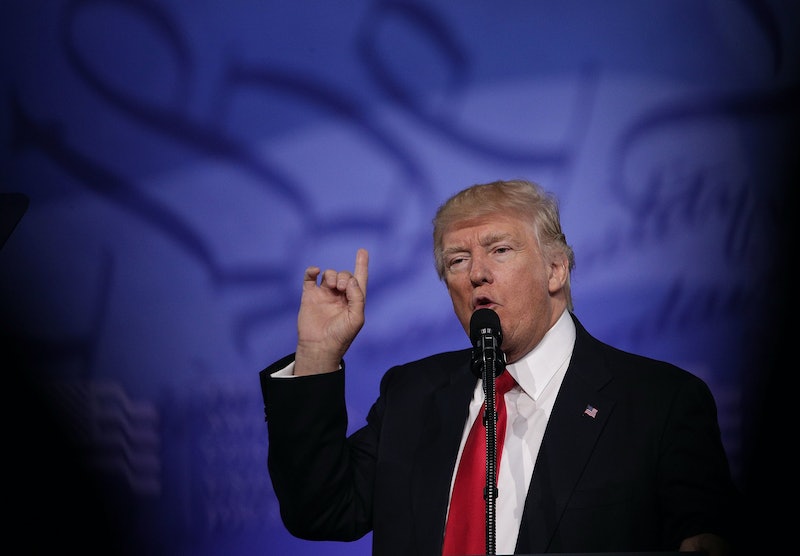 On Sunday, Donald Trump's Navy secretary nominee Philip Bilden withdrew his name from consideration for the role, releasing a statement saying that he would be unable to meet the requirement of the ethics office. His statement said:

I informed Secretary of Defense Mattis with regret that I respectfully withdraw from consideration as Nominee for the 76th Secretary of the Navy.

I fully support the President’s agenda and the Secretary’s leadership to modernize and rebuild our Navy and Marine Corps, and I will continue to support their efforts outside of the Department of the Navy.

However, after an extensive review process, I have determined that I will not be able to satisfy the Office of Government Ethics requirements without undue disruption and materially adverse divestment of my family’s private financial interests.

I am deeply grateful for Secretary Mattis’ enduring support and confidence throughout the nomination process.

I have been greatly honored by President Trump’s consideration of me to lead our committed and capable Sailors and Marines who defend our Nation’s interests at home and in harm’s way.

Bilden served as an intelligence officer in the Army reserves from 1986 until 1996, and went on to become a venture capitalist in Asia, and retired from HarbourVest partners in 2017. Trump nominated him for the role on Jan. 25, and rumors of his potential withdrawal began last week.

In response to the withdrawal, Secretary of Defense James Mattis also issued a statement, saying:

Mr. Philip Bilden has informed me that he has come to the difficult decision to withdraw from consideration to be secretary of the Navy. This was a personal decision driven by privacy concerns and significant challenges he faced in separating himself from his business interests. While I am disappointed, I understand and his respect his decision, and know that he will continue to support our nation in other ways. In the coming days I will make a recommendation to President Trump for a leader who can guide our Navy and Marine Corps team as we execute the president’s vision to rebuild our military.

The role of the secretary of the Navy is essentially to act as the CEO of that arm of the military. While the person who takes the position must be five years removed from military service, perhaps Mattis will recommend someone who has closer ties to the military than Bilden, given that the nominee had not served in 21 years.