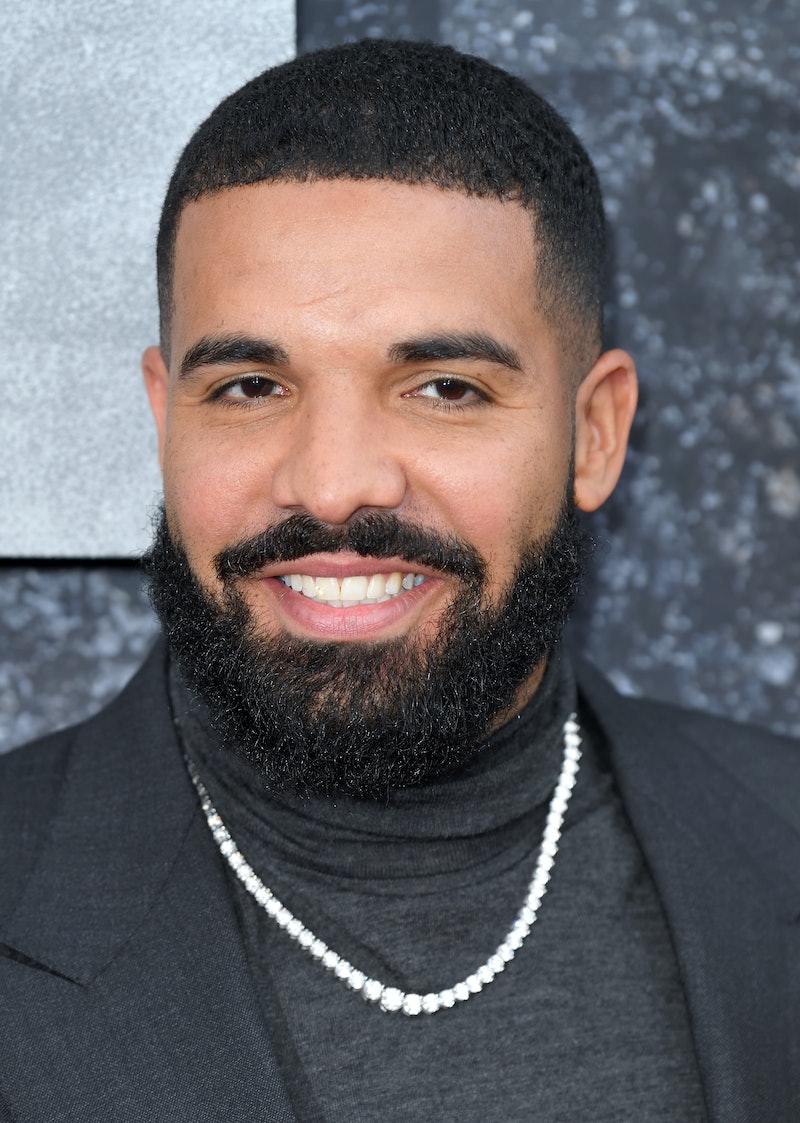 For the most part, Drake has kept his 2-year-old son away from the spotlight. He hasn't shared any pictures of him — until now. Drake's new photo gives a glimpse at his son Adonis, but the baby's face isn't actually shown. On Nov. 4, the rapper posted an Instagram Story of Adonis wearing socks that say "I [heart] Daddy." It's the most that fans have seen of Adonis and it won't remain on Drake's profile for long, since Instagram Stories disappear in 24 hours.

Adonis has lived a pretty private life. Fans didn't even know he existed until Pusha T released a diss track called "The Story of Adidon" in May 2018. In the track aimed at Drake, he rapped, "You are hiding a child / Let that boy come home." Drake didn't immediately respond to song, but he eventually admit he had a son when he released the track "Emotionless" on June 29, 2018. In the song, Drake's lyrics said, "I wasn’t hidin’ my kid from the world / I was hidin’ the world from my kid.”

The rapper has continued to keep his son out of the public eye, but Drake did discuss co-parenting with Adonis' mom Sophie Brussaux during an October 2018 interview with Vulture. The Degrassi: The Next Generation alum said, "I do want to be able to explain to my son what happened, but I don't have any desire for him to not love his mother." In that same interview, he discussed wanting his child to have a good relationship with his mother, even if they aren't in romantic relationship with each other. Drake said, "We found ourselves in a situation and we're both equally responsible and now I'm just excited to be a father."

Drake has shown his excitement about being a father several times on IG. In a December 2018 Instagram post, Drake wrote, "Adonis > Picasso don’t @ me" in the caption for a framed finger painting that his son made. On June 16, Drake shared a painting that Adonis made him for Father's Day.

So far, Drake has shared Adonis' art and his leg on Instagram. As happy as Drake seems about being a father, he has kept his son's face and other personal parts of his life under wraps.