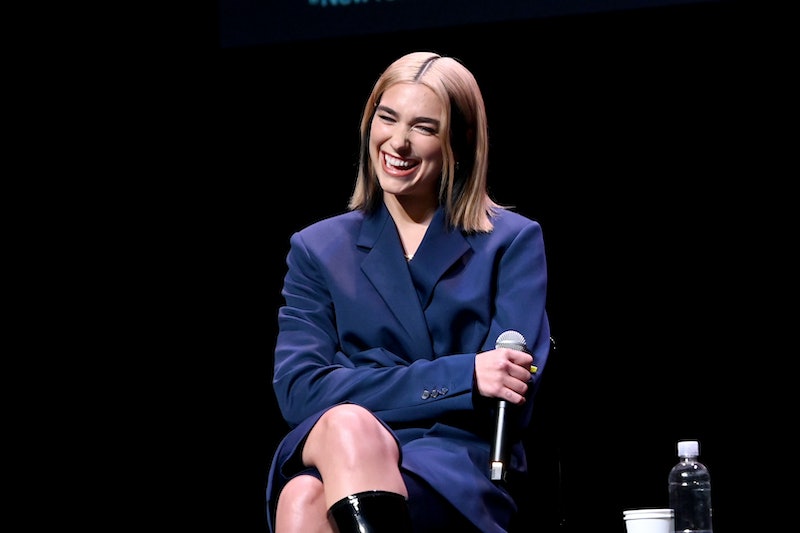 Social media can often be a double edged sword. While checking my Instagram for cute doggo updates is one of my favourite pastimes, it can be hard not to be sucked into negativity when it comes your way. I can only imagine that this is amplified massively when you’ve got a following as massive as one of the biggest women in pop. Dua Lipa said social media “is almost a breeding ground for hate” in a super candid interview where she explained how negativity can get to her when she’s feeling vulnerable.

When it comes to negative comments, it’s sometimes too easy to say just turn a blind eye or block and delete. With 3.5 million followers on Twitter and 35.2 million followers on Instagram, it’s not a surprise that iconic songstress Dua Lipa has had her fair share of negativity online. In an interview with BBC Breakfast she said, “Social media can be such an amazing tool and it can be so fun to share things but at the same time, it’s almost a breeding ground for hate and anxiety.”

Lipa may be the number one selling artist but she revealed that there are days when some of the comments she gets online are too hard to ignore. She said:

“Some days I don’t read into the comments. Some days I might feel a bit more vulnerable and I dive in and I almost go looking for things that I don’t want to see. I think it’s human nature and I’m not going to hide that. I want people to hear that we’re all human and we all go through the same thing.”

There’s so many ways to use social media for your own benefit and Lipa said she uses it in bitesize chunks so as not to get lost down a rabbit hole of comments.

She was appearing on BBC Breakfast as her latest track “Don't Start Now” has just been released and essentially broken the internet. She’s announced that her second album will be coming in 2020 and will be different to anything her fans have heard from her before. Speaking about it on the BBC she said, "It's quite different from the first record and this whole album has a lot more of a theme to it and I'm happy that this is the first introduction to it for everyone.I guess it's about experiences. It's really about finding happiness and being confident in that and not allowing anyone to take that away from you."

Since she burst into our lives telling us not to pick up the phone or not to be his friend, Lipa has served some seriously relatable good vibes. Here’s hoping her second album is as much of a smash hit as her first, I’ve got no doubt it will be.

More like this
Harry Styles Had A Major Stage Malfunction At The Grammys
By Darshita Goyal
Mimi Webb’s IRL Situationship Inspired “Red Flags”
By Catharina Cheung
Here’s How You Can Watch The Grammys 2023 In The UK
By Emma Madden and Catharina Cheung
All The Ways You Can Watch The Super Bowl In The UK
By Asyia Iftikhar and Darshita Goyal
Get The Very Best Of Bustle/UK
Sign up for Bustle UK's twice-weekly newsletter, featuring the latest must-watch TV, moving personal stories, and expert advice on the hottest viral buys.