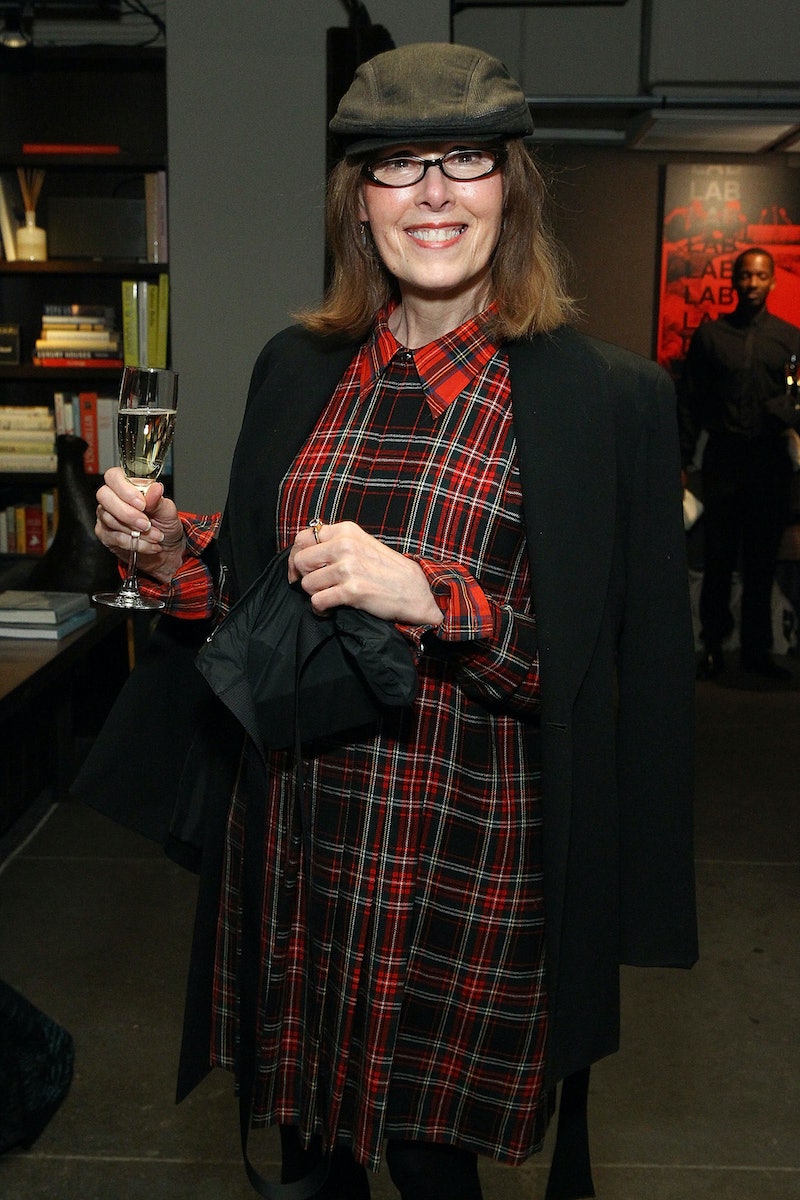 Two days after going public with allegations of sexual assault against President Donald Trump, famed advice columnist E. Jean Carroll opened up about coming forward after more than 20 years. In an interview on NPR's Weekend Edition, Carroll said it was her readers who helped motivate her to speak out. The president has denied Carroll's allegations and claimed he's never met her in his life despite photographs showing the two together.

"There were so many women coming forward, I didn't even think about coming forward," Carroll told NPR's Lulu Garcia-Navarro on Saturday when asked why Carroll didn't come forward with her experience before Trump's 2016 election victory. "I didn't think it was my duty."

In fact, Carroll told NPR that, for a long time, she'd thought the alleged incident was her fault as she'd thought the lingerie, and Trump's alleged move toward the dressing room, had all been a joke. "Even though I'm talking about it now, I still have not forgiven myself for it," she said.

But the advice columnist said it was her readers who ultimately helped change her mind about sharing her story. "In the last two years, because of the surge of #MeToo, I have received many, many letters from my correspondents asking me what to do, should they come forward with their stories," she said. "And I just felt like I was holding something back. ... I thought well, OK, I'm going to tell them 'this is what happened to me and that I blame myself.'"

"For the last 26 years I've told women never blame themselves," Carroll said. "I did exactly the opposite of my own advice."

Carroll detailed an alleged encounter she'd had with Trump in a Bergdorf Goodman's dressing room in the mid 1990s in an excerpt of her upcoming book, What Do We Need Men For? A Modest Proposal, published in New York magazine on Friday. According to Carroll, she and Trump bumped into each other at the luxury department store in Manhattan, at which point Trump allegedly asked her to help him shop for a gift. Carroll alleged that Trump soon began needling her to try on lingerie and later became violent, allegedly forcing himself on her in a dressing room.

In a statement released Friday, Trump denied the allegations of sexual assault and claimed to have never met Carroll. "I've never met this person in my life," he said, per Bloomberg News reporter Laura Litvan. "She is trying to sell a new book — that should indicate her motivation. It should be sold in the fiction section."

Carroll countered Trump's accusation in comments to NPR, saying it was her "natural mode ... to take pen to paper" and write about whatever she sees fit. "My natural mode is to put it in a book," she said.

Trump went on to imply Carroll was making up "false stories of assault to try to get publicity" and equated her piece in New York magazine to "fake news." In her excerpt, New York magazine published a photograph depicting Trump, Ivana Trump, Carroll, and her then-husband John Johnson laughing and talking together at an NBC party in 1987.

When asked about the photo by reporters as he left the White House on Saturday, Trump scoffed and maintained he had "no idea who this woman is" (It's worth noting here that Carroll is a well-known writer whose long-running advice column in Elle magazine was once ranked among the top five best magazine columns.) "Standing with my coat on in a line. Give me a break," Trump said of the photo of him and Carroll, according to the Associated Press. "With my back to the camera."

But Carroll told NPR on Saturday that she wasn't in it for publicity or book sales. "I'm doing it for the women so they can hear my story," she said. "And I hope they feel empowered by it."