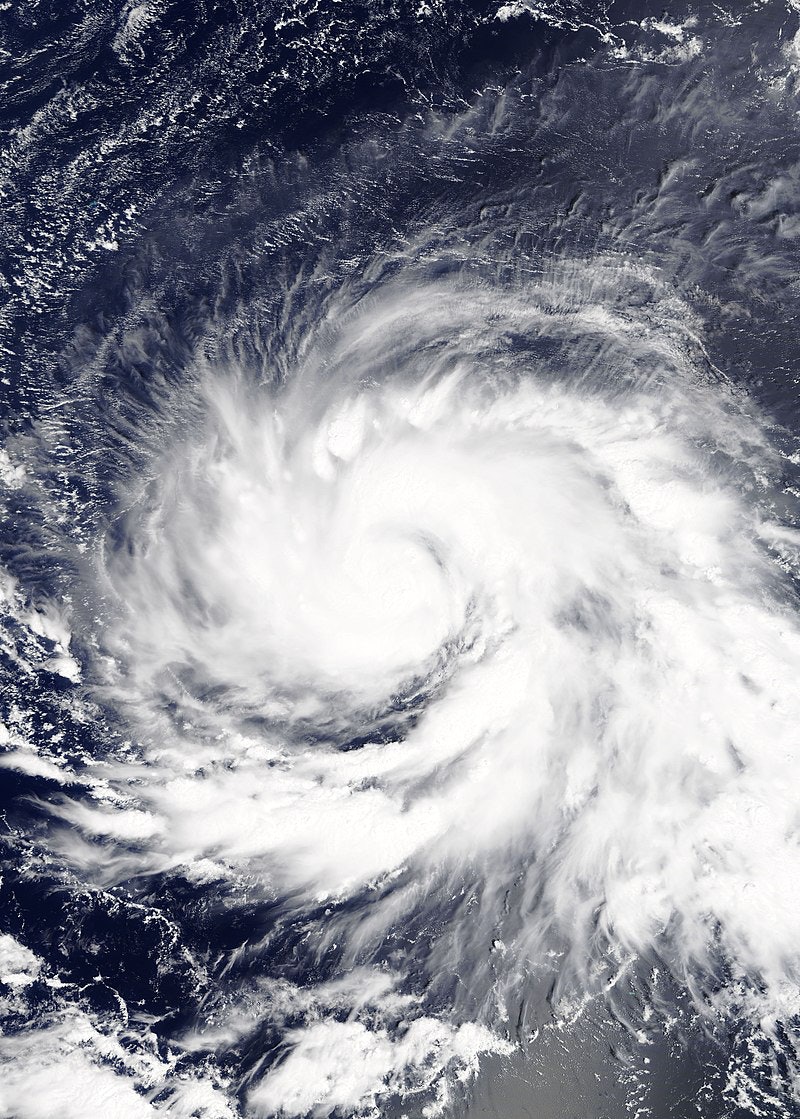 Hurricane Walaka, one of the most intense Pacific hurricanes ever recorded, has wiped an island in Hawaii off the map, according to The Guardian. Scientists discovered via satellite imagery that East Island, a small, remote piece of land nested on top of a coral reef, is now under water after the category 5 storm swept through the area. The island, part of the French Frigate Shoals in Papahānaumokuākea Marine National Monument, was in the storm’s direct path earlier this month. Though only 11 acres, the island was an important ecological habitat for endangered Hawaiian monk seals and green sea turtles.

Chip Fletcher, a professor of earth sciences at the University of Hawaii, and his team had been conducting climate change research on the island in July. “I had a ‘holy cow!’ moment, somewhat in disbelief that it had disappeared,” Fletcher told The Guardian.

The disappearance was first reported by Honolulu Civil Beat, where Fletcher noted that the hurricane’s route was not necessarily a by-product of climate change. However, he suggested that the storm’s power and timing aligned with the effects of rising global temperatures and a warming ocean, elements that contribute to more intense storms. Rising sea levels are also responsible for erosion of land in the area, overwhelming several islands in the Pacific in the past few years.

“We have learned these islands are far more at risk than we thought,” Fletcher told The Guardian. “I thought the island would be around for a decade or two longer, but it’s far more fragile than I appreciated. The top, middle and bottom of it has gone.”

With an estimated 1,400 Hawaiian monk seals in existence, the critically endangered population raised much of their young on East Island. Charles Littnan, a conservation biologist with the National Oceanic and Atmospheric Administration, told Honolulu Civil Beat that approximately one-seventh of the world’s critically endangered Hawaiian monk seals were born there. The island also served as one of the major nesting locations for approximately half of the state’s green sea turtle population, which is also a threatened species. Luckily, most of the seals and turtles had already departed the island for the season prior to the storm’s arrival. On the other hand, the long-term effects of the island’s loss are unclear at the moment.

“The take-home message is climate change is real and it’s happening now,” Randy Kosaki, a senior official at the National Oceanic and Atmospheric Administration who is overseeing the area, told Honolulu Civil Beat.“It’s not a hoax propagated in China as some folks have said.”

In a statement issued by Papahānaumokuākea Marine National Monument, the U.S. Fish and Wildlife Service and National Oceanic and Atmospheric Administration staff were flown over the area to photograph impacts from the hurricane. A marine debris team will be stopping by the area to conduct an early assessment of the damages and implications on wildlife. “We will continue to monitor the species and islands to better assess the impacts from the hurricane,” the statement continued. “Based on the data, managers will determine next steps and management actions.”