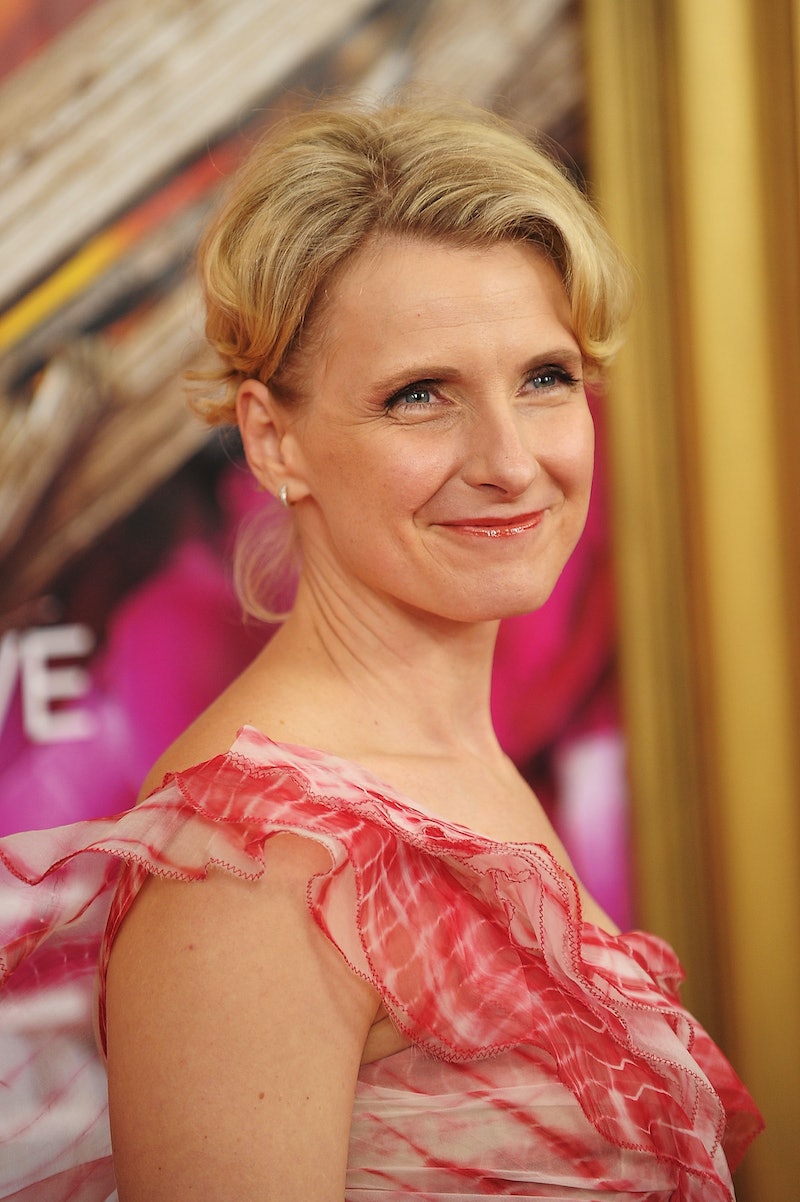 Two acclaimed memoirists, one of whom is facing a terminal cancer diagnosis, held a small commitment ceremony on Tuesday, and the sentiment is so touching. Elizabeth Gilbert and Rayya Elias celebrated their love in a private ceremony, "surrounded by a small handful of friends and family," according to Gilbert's Instagram post. Gilbert is best known for her 2006 memoir Eat, Pray, Love, and Elias is a Syrian-born rock musician who authored Harley Loco: A Memoir of Hard Living, Hair, and Post-Punk, from the Middle East to the Lower East Side in 2013.

In September 2016, after a 15-year-long friendship, Gilbert revealed that she and Elias were in love. Sadly, the two women only realized their feelings for one another after Elias learned she had terminal pancreatic and liver cancers. Gilbert was previously married to Jose Nunes, whom she fell in love with during her Eat, Pray, Love travels, but the couple divorced in early 2016.

Gilbert's Tuesday Instagram post reveals that Elias' illness has progressed. "More difficult days are to come," she writes. "It doesn't get easier from here. Her illness is grave. But our love is strong. We will walk together as far as we can go together. After that, it all gets turned over to God."