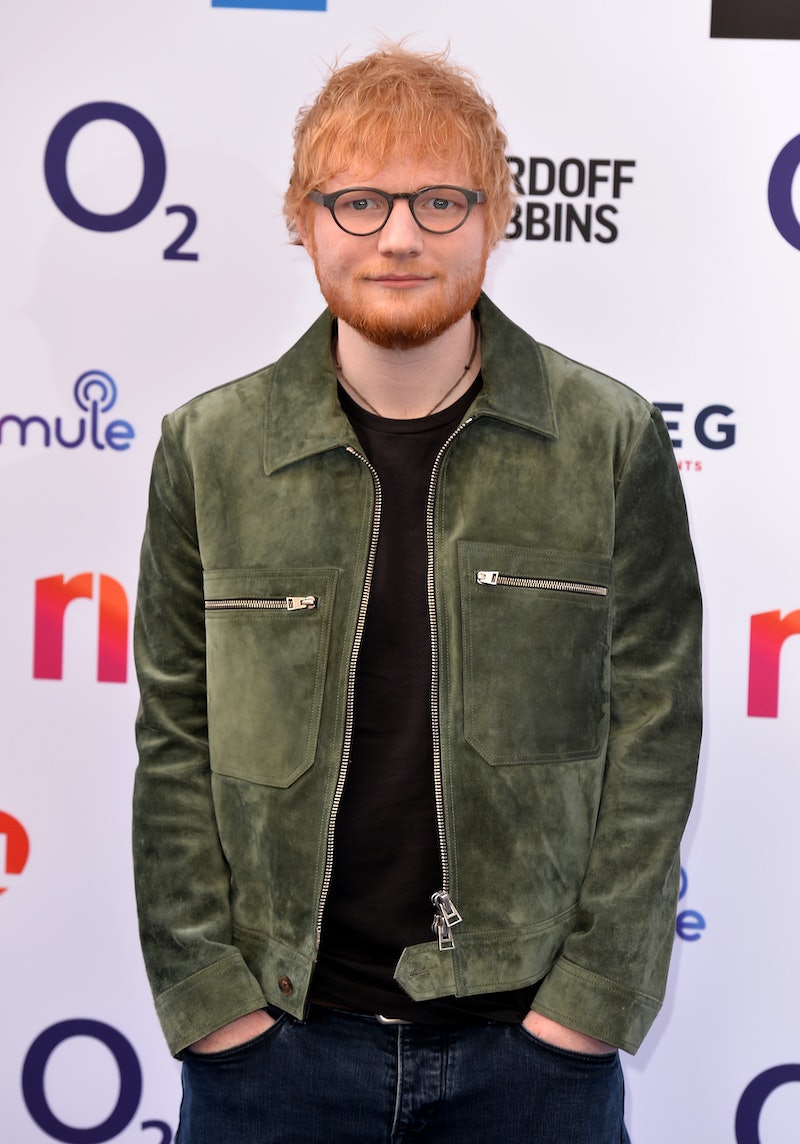 Not even a week after Joe Jonas and Sophie Turner's dog was killed in New York City traffic, Ed Sheeran's cat was hit by a car, as reported by People on Aug. 2. Sheeran posted a photo of Graham the kitten and his guitar, captioned with a broken heart emoji on Thursday, Aug. 1. The comments under his tribute were flooded with condolences, and People pointed to Sheeran's manager's girlfriend Liberty Shaw's account where she shared more details about his passing.

"Our lovely little bud Baby Ba Boo aka Graham the Kitten passed away last night after being hit by a car," Shaw wrote. "We are absolutely heartbroken. He was such a dude. Funny and clever and best mates with a massive German Shepherd. We are going miss you so much. Thanks for all the fun."

According to People, Sheeran rescued the cat in 2014 and he was often watched by Shaw and his manager, Stuart Camp, while Sheeran was out of town. He created a Twitter account for him called Graham the Kitten when he first brought him home, but it hasn't been active in years. The profile's bio reads, "Tickle my belly and feed me Sheba." Graham's first tweet was, appropriately, "Meow." And according to a tweet made on January 30, 2014, he considered creating an "InstaGraham," but ultimately decided against it. "Wanna set up an InstaGraham," he wrote. "But can't be bothered coz I don't have thumbs."

Sheeran is currently on his Divide tour overseas, so he likely hasn't been able to properly say his goodbyes to the beloved kitten. But he and his wife, Cherry Seaborn, are still Mom and Dad to her two adorable cats Calippo and Dorito, whom she documents passionately on their Instagram page.

Sheeran told People about a near-death experience Dorito had in 2017. Seaborn opened their apartment on the third story to let some air in and the curious orange-furred cat simply jumped out. Thankfully, she landed safely, but she was trapped in a fenced-in garden that didn't belong to her owners. So, Seaborn came up with a rescue plan, and it worked.

"Cherry tied all of her scarves together onto a laundry basket and put food in it and lowered it down and picked her back up," Sheeran said. "What an idiot, though!”

Sheeran said that he and Seaborn have had the sister cats since birth. According to their Instagram page, they just turned 3 years old in May. “Me and Cherry literally had them from birth," he said. "And they think that we’re their mother, from our warmth and our smells." Surely they will miss their brother Graham, as will Mom and Dad.

If there's anything everyone can learn from the sudden and tragic traffic-related deaths of two adored celebrity pets, it's to keep your furry friends close and if you're driving, do so slowly and with caution. Loss is never easy, and losing a pet brings a special type of grief that's hard to shake. Perhaps Joe and Ed could link up and write a song about it.