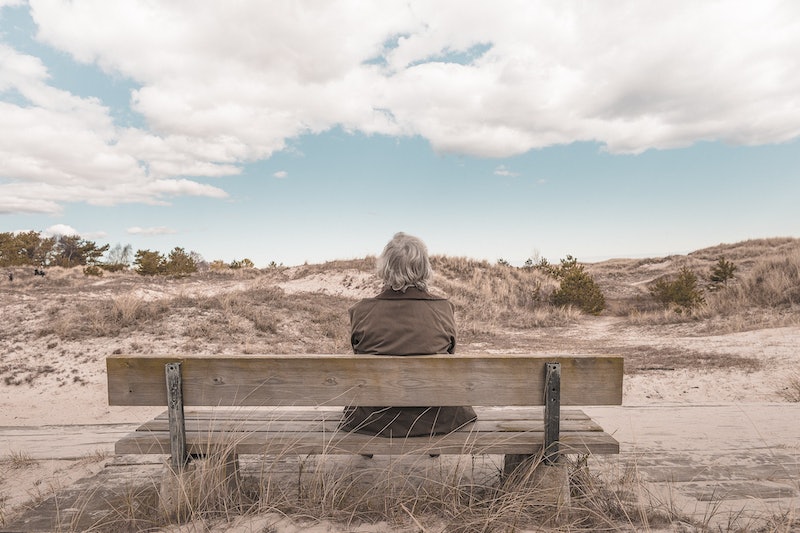 If you spend the holidays with your family, you probably don't need another reminder to call your grandmother more often, but you're getting one anyway. The good news is that, according to a study recently featured in The New York Times, elderly friendships extend lifespans. The not-so-good news is that loneliness has the opposite effect, increasing people's risk of age-related decline and death.

In a paper published in JAMA Internal Medicine, researchers at the University of California, San Francisco, looked at data from the Health and Retirement Study, a longitudinal study following adults over the age of 50 in the United States. Focusing on the elderly — the average age of participants in the University of California study was 71 years old — researchers followed more than 1,600 people for six years. Participants were asked about areas of their lives such as mental health, relationships, mobility, loneliness, and so on.

After adjusting for factors like socioeconomic status, medical conditions, and depression, researchers found that loneliness wielded a significant influence over people's lives. Lonely participants were more likely to experience a decline in activities of daily living (routine activities people tend to perform without assistance) and activities like stair climbing. Furthermore, loneliness was associated with an increased risk for death; by the end of the study, just 14 percent of non-lonely participants had passed away. In lonely participants, that number jumped to almost 23 percent.

Researchers stressed the distinction between loneliness and being alone, noting that "a large number of participants who reported feeling lonely were married or did not live alone." It's possible to be happy and alone; loneliness stems from feeling isolated even when you're surrounded by people.

But there's a silver lining here. As The New York Times points out, elderly people tend to enjoy living in group housing like retirement communities more than people might assume; it gives them an opportunity to meet people they wouldn't otherwise encounter. Furthermore, loneliness has a simple solution: making friends. "Loneliness may be amenable to psychosocial interventions, and it is possible that it is more treatable than other determinants of functional decline such as age-associated chronic disease," researchers wrote in the paper describing the study.

These are merely associations, so researchers can't actually say whether early mortality is caused by loneliness. However, a large body of previous research supports the existence of a relationship between loneliness and poorer quality of life. In 2015, a study from Brigham Young University found that loneliness increases the risk for death by 26 percent, causing researchers to suggest that social isolation should become a public health issue. In 2016, research showed that lonely people are at a greater risk for heart disease and stroke, and according to a different study, it's possible that loneliness can leave people vulnerable to physical illnesses. Then there's the toll it takes on mental health; loneliness and issues like depression are closely intertwined.

Most research focuses on the influence of loneliness on the elderly, but it's a universal emotion. In fact, data from the General Social Survey indicated in 2006 that the number of Americans without any close friends has almost tripled. That means you probably know how difficult it is to feel socially isolated, so next time you have a few minutes, think about picking up the phone and giving your grandparents a call. In all likelihood, you'll both appreciate the company.