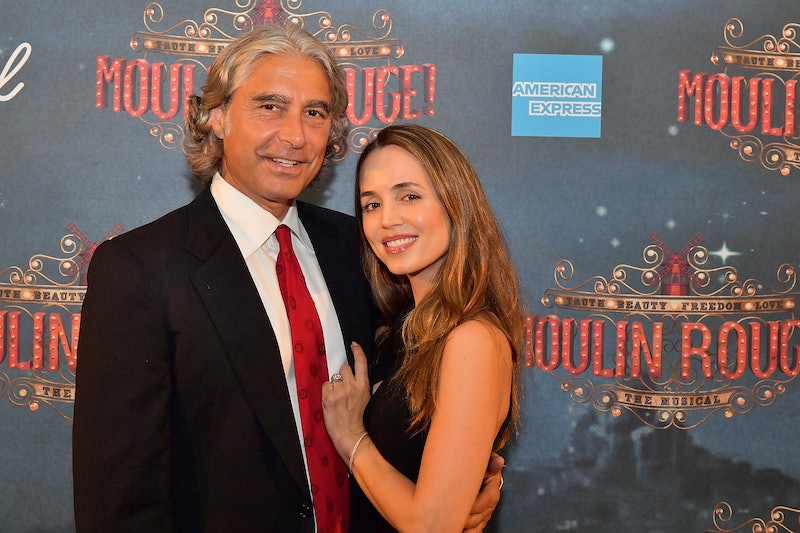 One of the most badass women America grew up watching is officially hitched, and she's only telling the world now. Buffy ally-turned-nemesis and Dollhouse fighter Eliza Dushku is officially married to Peter Palandjian, but the wedding actually took place weeks ago in August, according to E! News.

The 37-year-old actress told the world on Instagram Sunday with a stunning black and white photo of the couple. Palandjian has his arms wrapped around Dushku as the two gaze at each other in front of two giant hearts blooming from the ground. As E! News reported, those giant hearts belong to the DeCordova Sculpture Park and Museum in Lincoln, Massachusetts. In Dushku's Instagram post, the actress says she actually got married on Aug. 18. Palandjian, 54, is a former tennis pro and the CEO of Intercontinental Real Estate Corporation, according to Us Weekly.

Dushku, who was also one of the stars of Bring It On, shared eight photos in her post, some of which featured her in sleeveless lace gown with a stunning teardrop cutout on the back. According to E! News, the two held the ceremony in an outdoor courtyard at the Boston Public Library, and the affair looked ethereal: the posted pictures show the couple standing among blooming towers of white flowers and cascading leaves. Dushku also posted a picture of the couple kissing on a tandem bicycle, with a subsequent picture of a flag that reads "Boston Bike Party," a monthly city event that the newlyweds took part in.

The last couple of photos in the series features Dushku smiling into the camera alongside three of her friends and a closeup of the dinner menu. The description of the courses is wrapped in a light beige cloth and placed atop the plates.

Fans knew the wedding was coming; last year, Dushku announced the engagement in June, sharing a photo of the two holding hands and the caption: “YES!!! Absolutely, my love,” with the hashtags #BostonBorn #BostonBred #BostonSoonToBeWed.

The girl power star was previously in a five-year relationship with Rick Fox, but the two went their separate ways in 2014, according to Us Weekly. Since then, Dushku has kept relatively quiet about her relationship with Palandjian, who has four children from a previous relationship.

The actress opened up last year about her battle with alcoholism and drug addiction while speaking at an opioid awareness summit in New Hampshire. Dushku left Los Angeles in 2016 for her hometown of Boston and to study at Suffolk University, according to Us Weekly.

“I think so often when people go to Hollywood, everyone starts to morph into the same thing and everyone starts to look the same and sound the same,” she said to Boston magazine in 2016 of her decision to move back to Boston. “I really like the things that make us unique and diverse.”

Dushku's Instagram account isn't too heavy on the couple pics, but she does have a few sprinkled throughout her page. Last August, she shared a sweet photo of herself lying on Palandjian's lap with the caption, "My favorite spot." The vibe in her photos are low-key and happy and hopefully, a reflection of her life in Boston.