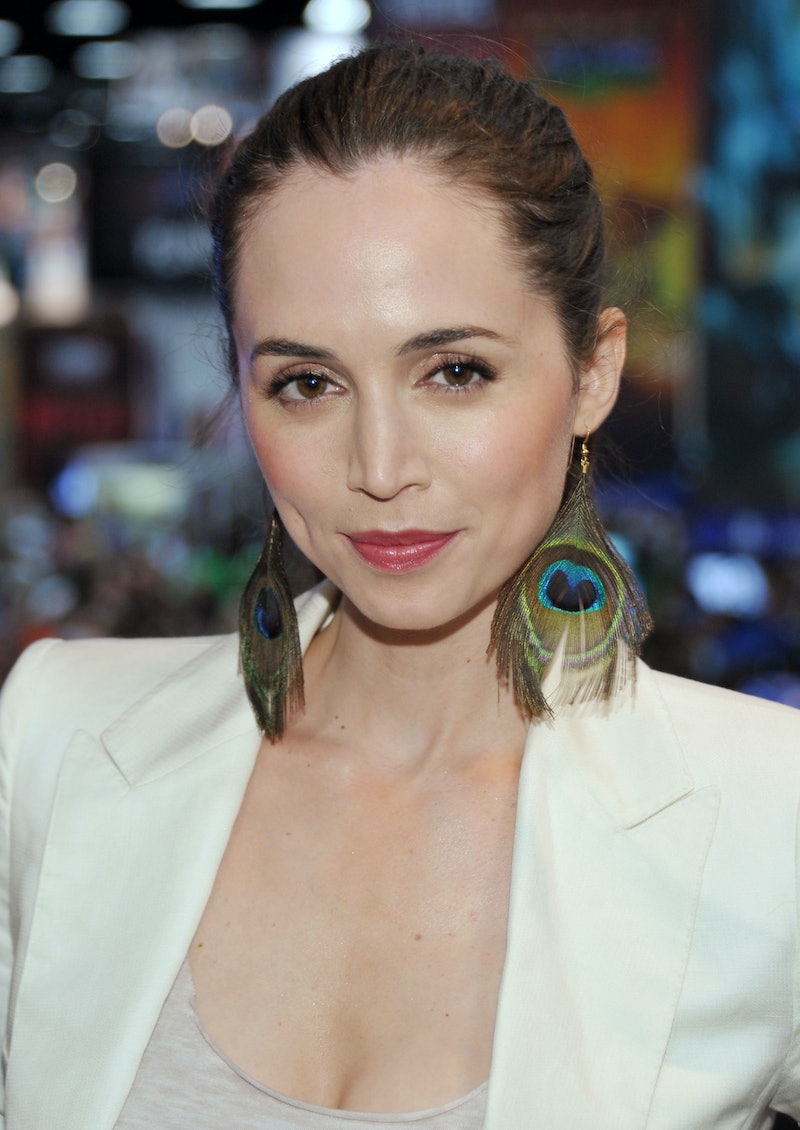 Five days after the New York Times released a report on former Buffy The Vampire Slayer star Eliza Dushku being paid $9.5 million to settle sexual harassment claims with CBS, the actor is speaking out for the first time. In an op-ed for The Boston Globe, Dushku detailed the alleged sexual harassment that she experienced from actor Michael Weatherly on the set of the CBS series Bull. In doing so makes a powerful statement about how victims are often discredited. (Bustle reached out to Weatherly's reps regarding Dushku's op-ed, but did not immediately receive a response.)

UPDATE 7:48 PM ET: When asked for comment on the op-ed by Bustle, CBS re-issued its original statement on the situation, which reads:

“The allegations in Ms. Dushku’s claims are an example that, while we remain committed to a culture defined by a safe, inclusive and respectful workplace, our work is far from done. The settlement of these claims reflects the projected amount that Ms. Dushku would have received for the balance of her contract as a series regular, and was determined in a mutually agreed upon mediation process at the time.”

Earlier: In the piece, published on Wednesday, Dec. 19, Dushku explained that she declined to be interviewed for the New York Times piece because she "wanted to honor the terms of my settlement with the network." Dushku wrote that she expected that Weatherly, along with the show's writer-producer Glenn Gordon Caron, would "also not respond per our settlement. Instead, "all commented to the Times in what amounted to more deflection, denial, and spin," she wrote.

Dushku wrote that Weatherly and Caron's responses to the Times report were "deceptive and in no way fits with how they treated me on the set of the television show Bull and retaliated against me for simply asking to do my job without relentless sexual harassment."

In an statement emailed to the Times, Weatherly apologized for his behavior. He wrote:

“During the course of taping our show, I made some jokes mocking some lines in the script. When Eliza told me that she wasn’t comfortable with my language and attempt at humor, I was mortified to have offended her and immediately apologized. After reflecting on this further, I better understand that what I said was both not funny and not appropriate and I am sorry and regret the pain this caused Eliza.”

But in her piece for The Boston Globe, Dushku questions Weatherly's statement. "This is not a 'he-said/she-said' case," she wrote. "Weatherly’s behavior was captured on CBS’s own videotape recordings." Dushku wrote that his alleged conduct, which she stated in this piece included "a habit of exaggerated eye-balling and leering at me," was "unwelcome and directed at me." She also wrote that "watching the recordings in the settlement process, it is easy to see how uncomfortable, speechless, and frozen he made me feel."

Dushku also pointed out the tone of Weatherly's apology. "In explaining his bad behavior, Weatherly, who plays Dr. Bull, claimed I didn’t get his attempt at humor," she wrote. "That’s how a perpetrator rationalizes when he is caught."

Dushku wrote that Weatherly did not apologize directly to her before she was fired and claimed that Weatherly's apology to the Times looked to cast her as someone who couldn't "take a joke." But she said what was going on was much more serious.

"I do not want to hear that I have a 'humor deficit' or can’t take a joke," she wrote using a term Weatherly allegedly used in a text to CBS Television President David Stapf after she confronted him. "I did not over-react. I took a job and, because I did not want to be harassed, I was fired."

Dushku wrote that Weatherly's statement that his remarks to her were all in good fun "asks us to believe that Hollywood behaviors from 70 years ago might be acceptable today." His alleged behavior "was classic workplace harassment that became workplace bullying," she stated in the op-ed and it made it difficult for her to do her job.

Ultimately, that is why Dushku is speaking out now. She wrote that she wants to make sure women in every workplace are treated with respect and able to do their jobs without being made to feel uncomfortable.

In a tweet, Dushku wrote, "Thank you for giving me my voice back." And by using her voice to speak out against workplace sexual harassment, she wrote that she hopes to encourage others to speak up, too. More importantly, she wrote that she hopes those in power are listening and ready to make the changes necessary to make the workplace safer for everyone.