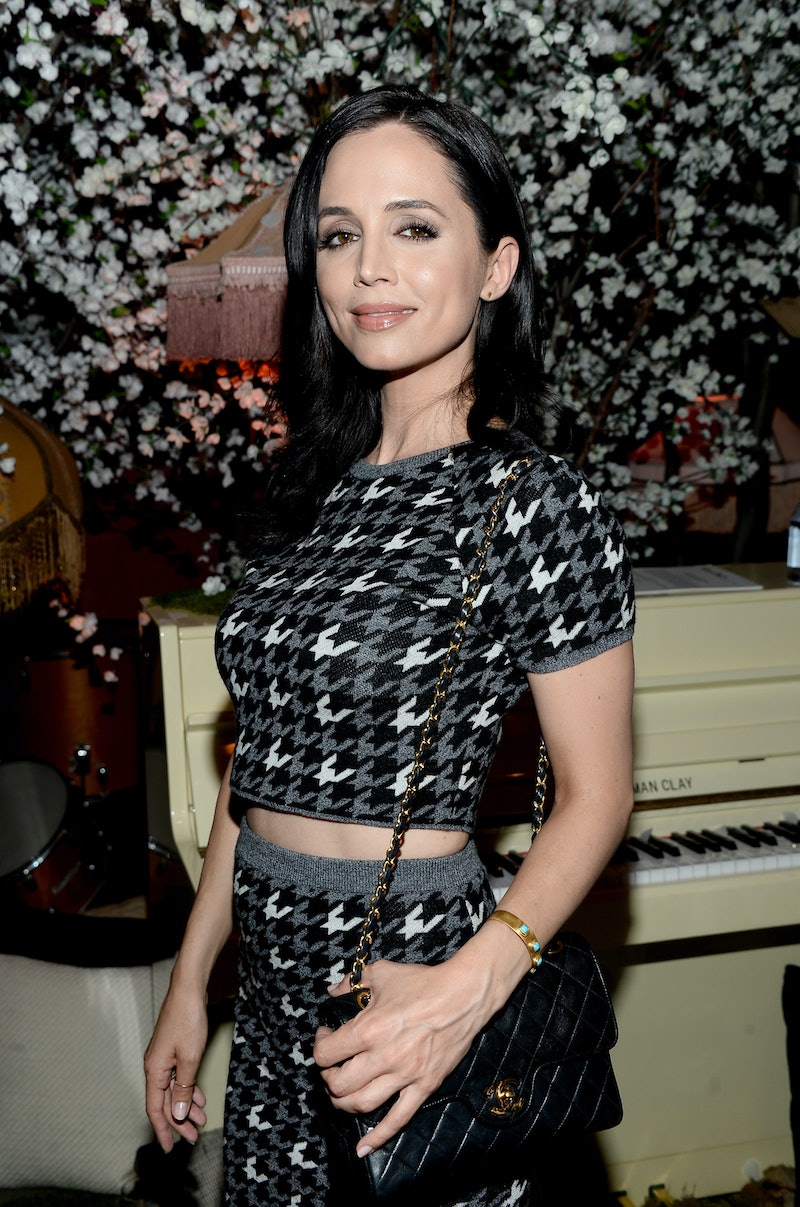 It was recently reported by The New York Times that former Buffy The Vampire Slayer star Eliza Dushku was paid $9.5 million to settle sexual harassment claims with CBS. The report, which CBS confirmed was true to the Times, unveils behavior that took place behind-the-scenes of the network TV show Bull, both in regards to the harassment and cover-up.

During Dushku's brief tenure on Bull it is reported that there were a series of comments made by show's lead actor, Michael Weatherly, which proved to make Dushku uncomfortable, according to the Times. Those remarks, which were allegedly made in front of the cast and crew, made mention of Dushku's appearance, included jokes about rape, and comments about a threesome. These things, according to the report, prompted Dushku to confront Weatherly and ask him to stop. Within days of confronting Weatherly about his behavior, Dushku was suddenly written off the show — something that she believed to be in direct retaliation for speaking up. (When contacted by the Times, Weatherly apologized for his behavior).

In a statement e-mailed to The Times, Weatherly apologized for his behavior, explaining:

“During the course of taping our show, I made some jokes mocking some lines in the script. When Eliza told me that she wasn’t comfortable with my language and attempt at humor, I was mortified to have offended her and immediately apologized. After reflecting on this further, I better understand that what I said was both not funny and not appropriate and I am sorry and regret the pain this caused Eliza.”

The Times noted that after considering a lawsuit, Dushku, who was on track to become a series regular on Bull, reportedly entered a mediation process with CBS. She was then allegedly paid a $9.5 million settlement, which would roughly equal the amount her total salary would have been if she had stayed on the series for four seasons. The Times did not report that the actor was asked to sign a non-disclosure agreement as part of the settlement (as is common), but the publication did classify the agreement as a "confidential settlement."

Dushku's agreement with the network, which was settled this past January, came amidst the height of the #MeToo movement and just three months after Harvey Weinstein’s alleged sexual misconduct was reported. And although Dushku's experience took place in 2017, the details surrounding her settlement have only come to light now due to another investigation that was opened by CBS to examine the accusations of multiple women against the network's former chief executive, Leslie Moonves. In addition to the inquest into Moonves' actions, the outside lawyers hired by the company were also reportedly instructed to investigate “cultural issues at all levels of CBS,” per the Times. And it seems that the investigation did, indeed, find at least one other instance of alleged sexual harassment across the network.

CBS acknowledged Dushku's settlement and pledged to change the climate of the workplace going forward. In a statement shared with the Times, the network wrote:

"The allegations in Ms. Dushku's claims are an example that, while we remain committed to a culture defined by a safe, inclusive and respectful workplace, our work is far from done. The settlement of these claims reflects the projected amount that Ms. Dushku would have received for the balance of her contract as a series regular, and was determined in a mutually agreed upon mediation process at the time."

Over the past year, CBS has terminated its relationship with Moonves, as well as two other once-prominent fixtures from the station, Charlie Rose and Jeff Fager, who have both been accused of harassment (Rose apologized for his behavior, while Fager denied the allegations against him).

The account of what Dushku endured during her time at the network is a narrative that has become all too familiar for people in every industry. However, the recent formation of the #MeToo and Time's Up movements have helped to place a much-needed spotlight on the too-often harsh and unfair treatment of women in entertainment world.

As the fight for safe and inclusive workplaces pushes forward, stories like Dushku's continue to reveal just how many men have allegedly abused their power to harass and assault women.

More like this
In Their Divorce Settlement, Here's What Kanye Reportedly Must Pay Kim K & Kids
By Radhika Menon
Paris Hilton’s Tweet About The 2006 “Holy Trinity” Photo Will Make You Feel Old
By Marina Watts
Hailey Bieber Has A "Painful" Ovarian Cyst "The Size Of An Apple"
By Radhika Menon
Adele Did The Viral Megan Thee Stallion Dance To “Water Under The Bridge”
By Marina Watts
Get Even More From Bustle — Sign Up For The Newsletter