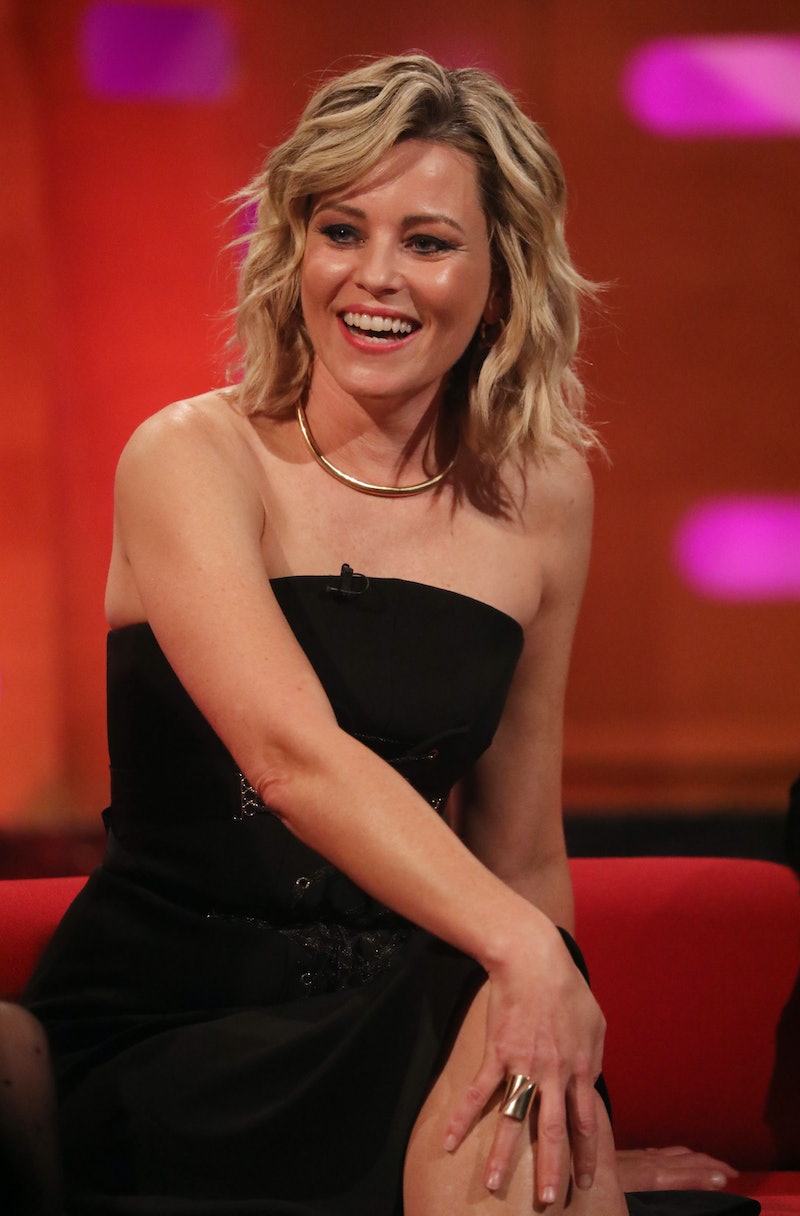 The Magic School Bus is going somewhere it's never gone before: to the big screen. On Thursday, June 25, Scholastic Entertainment and Brownstone Productions announced that Elizabeth Banks will play Ms. Frizzle in the Magic School Bus movie. Despite taking field trips to outer space and inside Ralphie's body, the movie will mark the first time Ms. Frizzle and her class have appeared in a big screen production since the franchise began 26 years ago, per The Hollywood Reporter.

Ms. Frizzle's adventures first began as a series of books by Joanna Cole and illustrator Bruce Degen, before becoming a popular '90s animated series on PBS in 1994. Since then, The Magic School Bus has become a staple in classrooms thanks to the show's ability to make science fun and easy to understand. In 2017, Netflix launched a sequel series called The Magic School Bus Rides Again featuring the voice of Kate McKinnon as the Friz's sister, Fiona (Lily Tomlin voiced the famous teacher in the '90s cartoon). Now, Banks is set to continue the show's legacy in a movie that THR revealed will be a live-action hybrid.

"We are delighted to bring to life the iconic Ms. Frizzle and her zest for knowledge and adventure in a fresh new way that inspires the next generation of kids to explore science and supports the dedicated teachers who help make science real and accessible for young learners every day," said Scholastic Entertainment producer Iole Lucchese in a statement provided to THR.

There's no word yet on what sort of field trip Banks' Ms. Frizzle will be taking her class on in the movie, but it's going to have to be something extraordinary to top the adventures from the original animated series. Over the years, the Friz has taken her class to the Arctic, shrunk them down for a baking lesson, and even taken them inside of a movie. And as noted above, one field trip included a tour of the solar system — although that one could use a redo since Pluto was still classified as a planet at the time.

For Banks, her role in the Magic School Bus movie comes at a time when she's taking part in a number of exciting projects. The actor recently wrapped up a supporting role in FX on Hulu's Mrs. America, and directed the Charlie's Angels reboot. Up next, she'll star in the timely Signal Hill, about a 1981 police brutality case.

With most film and TV show productions still on hiatus due to the ongoing coronavirus pandemic, there's no word yet on when Banks will officially get behind the wheel of Ms. Frizzle' iconic school bus. However, when she does, fans should buckle their seat belts and prepare for a field trip full of nostalgia.

More like this
The 'Hocus Pocus' Sequel Finally Has A Release Date & It Makes Total Sense
By Shannon Barbour and Radhika Menon
Hayden Panettiere Will Return For 'Scream 6': "We F*cking Won, Scream Fam"
By Jack Irvin and Jake Viswanath
Laura Dern Said “Cultural Awareness” Made Her Rethink This 'Jurassic Park' Fact
By Grace Wehniainen
Amanda Seyfried Reflects On 'Mean Girls' & "Gross" Remarks That Men Made After It
By Jake Viswanath
Get Even More From Bustle — Sign Up For The Newsletter