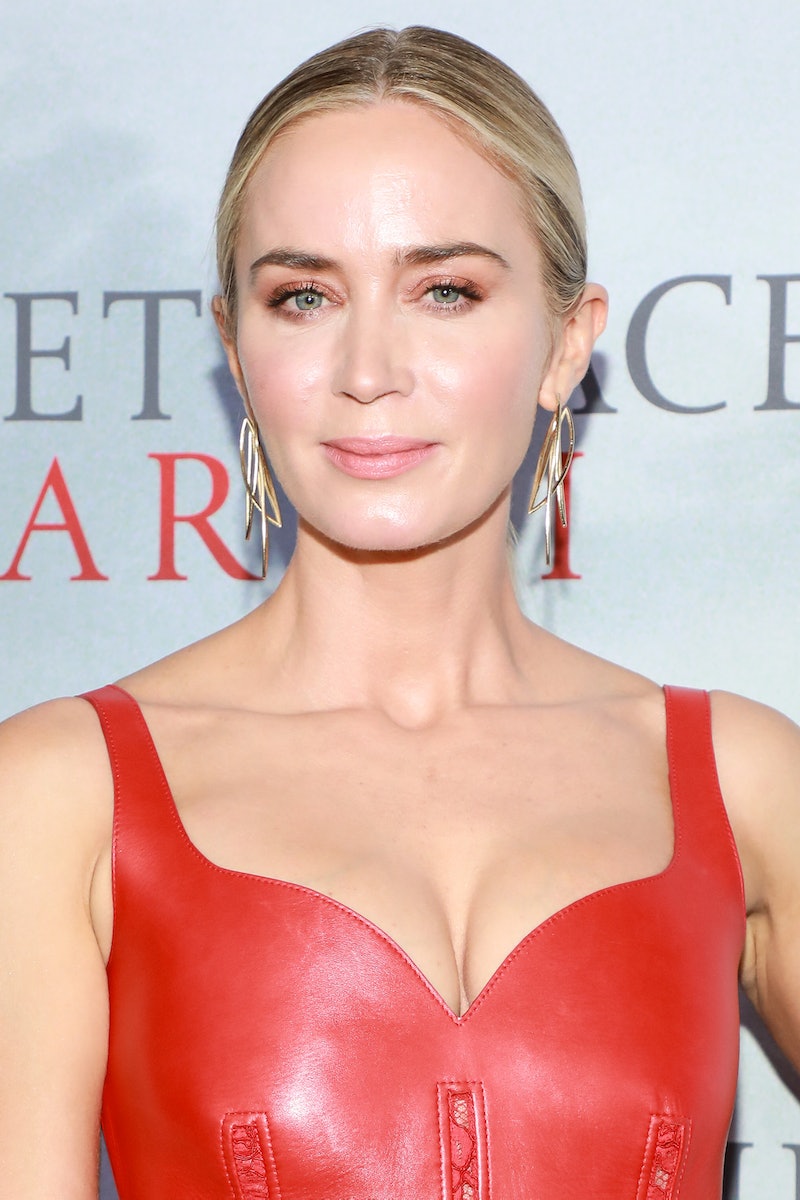 Apparently Dame Judi is also a master of blunt advice. Judi Dench talked Emily Blunt out of a singing career, the Quiet Place 2 actor revealed during the Tuesday, March 10 episode of ABC's Jimmy Kimmel Live. "My first job was with Judi Dench — the dame — which was incredible and she was wonderful to me," Blunt recalled to host Jimmy Kimmel of her costar in The Royal Family's 2001 London production. "I went to her for advice 'cause I was really, really nervous about this career that I didn't know was right for me. I didn't think was right for me."

Dench's wise words, according to Blunt: "She said, 'Oh no, darling. You can't do both. You can't act and that. She talked me out of it. She put the kibosh on that."

Had she not consulted Dench, her life might have looked very different. "I could've been Britney [Spears]," the Golden Globe winner quipped to Kimmel. That was, of course, until Blunt — whom fans have heard sing in musical films Into the Woods and Mary Poppins Returns — said she realized that she's "not good at dancing" and "didn't want to be Britney."

Blunt even tried to explain that to the person who approached her about pursuing a career in music. "They said, 'I think you have a nice voice and I think that you can be a pop star.' I said, 'I can't dance.' They said, 'Don't worry about it. We'll teach you,'" she said during the interview. "It didn't work. I tried to learn."

As it turns out, she "can't write" songs either, she admitted to the late night host, though she did record a few tracks, including one named "Ring It Up," which Blunt added "will never see the light of day." At least that's what she's hoping anyway, joking that she's scared "someone's gonna find" her old songs from the early 2000s.

Blunt had previously discussed almost becoming Britain's Britney Spears with The Sydney Morning Herald while promoting her psychological thriller The Girl on the Train in 2016. According to the actor, she was 18 when she landed an agent, who asked if she was interested in acting. "Everything sounds cool other than being in school at 18," she told the paper.

At the same time, she explained, her music teacher was also encouraging her to be a professional singer. After signing a record contract and cutting a demo, however, Blunt said she "got terrified and pulled out" when she realized she was being groomed to be a Britney Spears type of performer. In the end, she explains it felt like everything was "snowballing too fast" and that it ultimately wasn't what she wanted to do.

"It seems so unlike me now," Blunt admitted to the Australian publication. "It's like a different person."