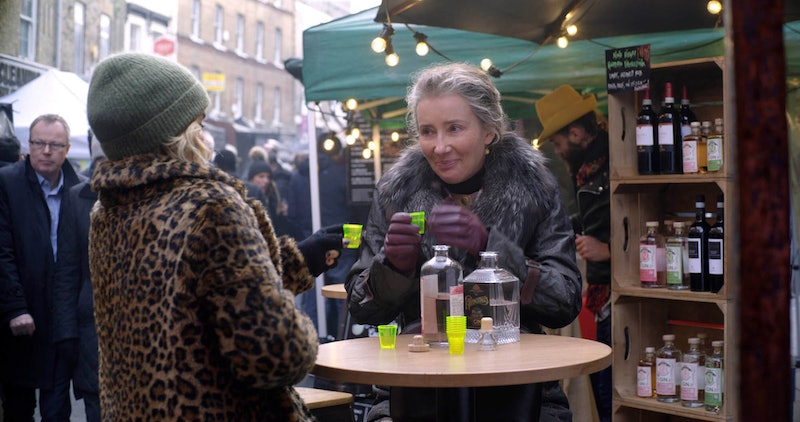 I wasn't really planning on venturing to the cinema to watch Last Christmas, but I wasn't expecting to get it spoiled either. Scrolling through social media is becoming a dangerous activity around movie releases, whether you're trying to dodge spoilers or avoid being uninfluenced by reviews and opinions on the film. And it's not just filmgoers that are recognising this problem, its actors like Emma Thompson whose recent comments on Last Christmas spoilers highlight the issues of movie oversharing.

"The correct spoiler etiquette is: don't spoil it! It's easy isn't it?" she told BBC News. "It's like 'don't punch strangers.' Just don't spoil it. Easy. Easy rule. Not complex." Exactly, Thompson. Exactly. "I've never done a job before that didn't involve a spoiler," she continued. "Literally, there is no job I've done. And some of them are bigger than others. But with this particular twist, there are ways about talking about our characters and the premise without going anywhere near it."

And it's not just Thompson that's irked by Last Christmas being spoiled, either. Emilia Clarke unsurprisingly feels the same as Thompson, and recently shared her frustration to IndieWire. "It's bloody annoying. Frustrating. It's more complicated than people are guessing," the actor said.

"Emma and Greg [Wise] wrote this script together, but they sent the script to all of their friends and it was only ready when their friends didn't see the twist coming and couldn't guess until it happens, so that's where it comes from."

Director Paul Feig agrees and highlights the importance of seeing a movie with fresh eyes and no outside influence. "If it was up to me, no movie I ever did would ever have a trailer, it wouldn't have an ad," he told Yahoo! Movies. "People would just walk in not knowing what they're going to see and then be surprised."

Clarke's co-star Henry Golding has similar sentiments but also understands why people want to talk about specific plot points ASAP. "I know that like sometimes the shock is so much that you have to talk to someone, you have to have therapy in some way," he explained. "But if you can help it, I think it's so much more magical experiencing it for yourself." He added:

"So, yeah. Don't spoil it too much, but of course, have conversations about it because it always helps."

More like this
Your Guide To Watching 'Everything Everywhere All At Once' In The UK
By El Hunt and Sophie McEvoy
Stephen Graham & Steve McQueen Are Working On A Wartime Drama
By Darshita Goyal
Channing Tatum “Nearly Killed” Salma Hayek During 'Magic Mike' Lap Dance
By Sam Ramsden
Jemima Khan Used Her Own Life As Inspo For 'What’s Love Got To Do With It?'
By Darshita Goyal
Get The Very Best Of Bustle/UK
Sign up for Bustle UK's twice-weekly newsletter, featuring the latest must-watch TV, moving personal stories, and expert advice on the hottest viral buys.