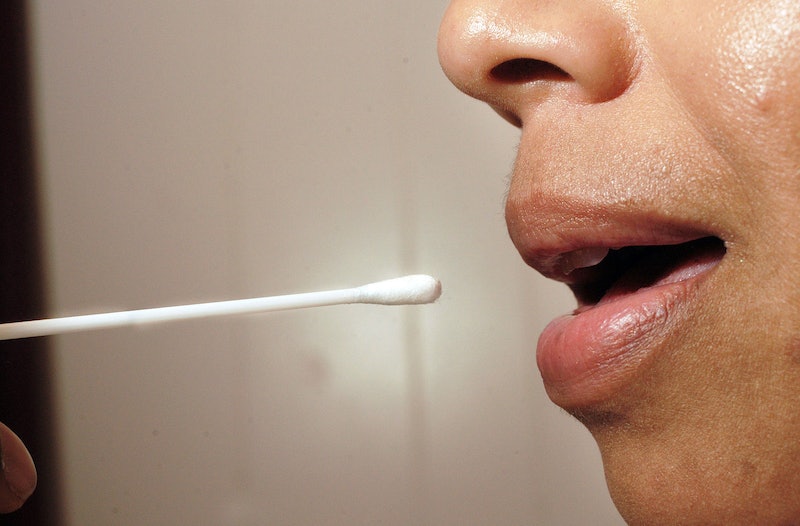 While debate rages over House Republicans' plan to repeal and replace former President Barack Obama's Affordable Care Act, there's another House GOP sponsored bill quietly moving through Congress that could have major repercussions for employees at companies with workplace wellness programs. The Preserving Employee Wellness Programs Act, or H.R. 1313, would enable employers with workplace wellness programs to force their employees to submit to genetic testing or face a costly penalty, according to a new report from STAT.

Under provisions passed as part of Obama's Affordable Care Act, employers have been able to use seemingly voluntary workplace wellness programs as a means of charging employees 30 to 50 percent more for company health insurance unless they consent to participating in things like biometrics testing or questionnaires regarding their medical history and lifestyle. However, the Americans with Disabilities Act (ADA) and the Genetic Info Nondiscrimination Act (GINA) have so far prevented employers from asking their employees to submit to genetic testing. But House Republicans are seeking to change that with The Preserving Employee Wellness Programs Act.

The bill would enable employers to bypass provisions laid out in the ADA and GINA and request employees not only submit to genetic testing but allow them access to the results as long as the demand is linked to a workplace wellness program.

According to STAT, President of the American Society of Human Genetics Nancy Cox told the House Committee on Education and the Workforce the bill "would undermine fundamentally the privacy provisions" established in the ADA and GINA. Although such workplace wellness programs are defined as voluntary, Cox expressed concern the bill would empower employers to use financial penalties to coerce their employees into giving up their genetic information.

The American Benefits Council, an interest group backing the employer-provided health insurance lobby, has claimed the bill is a means of controlling costs and improving the health of their employees. However, critics of the bill have raised concerns that employers may abuse access to such information by selling it to third parties. Moreover, recent studies have questioned how effective workplace wellness programs really are at cutting medical costs and improving employee health.

The Preserving Employee Wellness Programs Act passed through a House Committee Wednesday and is expected to be added on to legislation aimed at continuing to overhaul the Affordable Care Act as a follow up to House Republicans' main repeal and replace bill currently working through Congress.