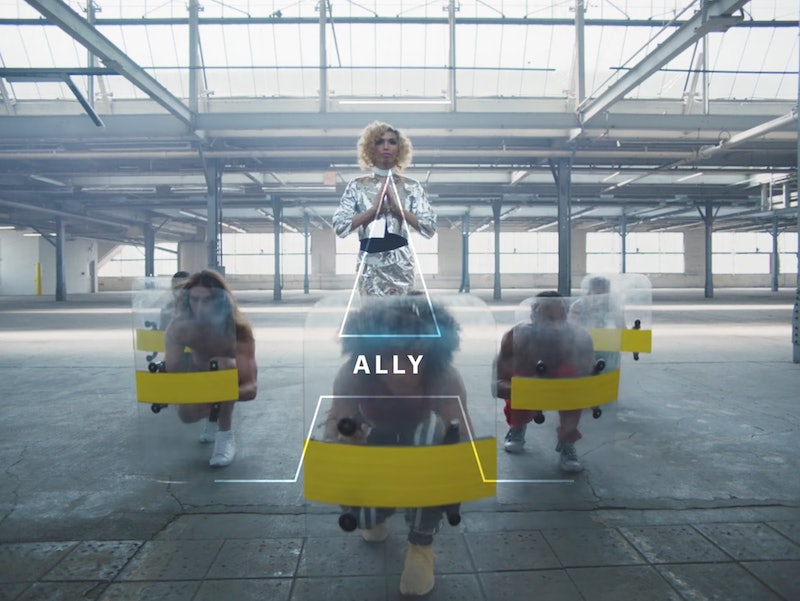 June is Pride Month, which usually coincides with companies releasing advertisements in support of the LGBTQ+ community. However, this often doesn’t happen without a few missteps. On Monday, Equinox Gym released a video for Pride that some people are not happy with, specifically because of the identities the video does not include.

The five-minute short film entitled, “LGBTQAlphabet: Six Letters Will Never Be Enough,” was created in partnership with the LGBT Community Center of NYC. The full short film goes through the 26 letters of the alphabet and connects each to the LGBT+ community. It depicts definitions of each letter through dance as different voiceovers share a corresponding personal story. However, the 45-second clip of the video Equinox posted to Twitter, which uses the ‘A’ in the acronym LGBTQA to stand for ‘ally,’ is what seemed to spur the initial backlash.

As some Twitter users pointed out, the ‘A’ in LGBTQIA+ often stands for asexual, agender, or aromantic. Equinox’s video does not include asexuality in the alphabet nor is asexuality mentioned once in their short film. Instead, the video uses the ‘A’ to represent allies and advocates. While the ‘A’ can be used to stand for allyship, simultaneously choosing to leave out an identity which is often invisible, asexuality, is being seen as counterproductive to the campaign’s message.

With “The LGBTQAlphabet,” our goal was to spark a conversation and shed light on the many diverse, evolving identities of the community. This is not a closed narrative. Rather, it’s intended to inspire conversation and new ways of thinking. At Equinox, we want to empower everyone in the community to be proud and unapologetic about who they are and how they identify, and that goes well beyond six or even 26 letters. We've learned a lot from the social dialogue inspired by this work, and we want to thank those of you who spoke out to educate us and others.

This statement directly echoes some of the tweets users posted in response to the video, which by and large point out the irony in a video meant to give visibility leaving out key voices.

Overall, these kinds of socially conscious campaigns can get into dicey territory. Are these kinds of advertisements simply capitalizing on a cause? Are they beneficial in helping spur better representation overall? Do they conversations they create counter the initial damage done? Regardless of where you stand, one message from audience to advertiser is pretty clear: People can sniff out pandering.

Equinox’s “LGBTQAlphabet” is visually stunning and does include identities often ignored and voice silenced by the mainstream, like pansexuality and people who are non-binary. The statement they issues, while not an excuse and which doesn’t specifically apologize for their exclusion of asexuality, does acknowledge that a dialogue needs to take place. True allyship entails knowing when to listen and, at the very least, the last sentence of their statement seems to imply they’ve done that and will be better educated in the future.

If you’re worried about making a misstep on an individual level, it’s okay. Know that as with allyship in any regard, mistakes will be made. Acknowledging when you’ve messed up and actively working to do better in the future is essential to solid allyship and just being a good human in general.

More like this
Charlene White & MPs Lead Tributes For Bristol Bus Boycott Organiser Roy Hackett
By Sam Ramsden
Christina Aguilera Took A Powerful Stand At Brighton Pride
By Sam Ramsden
The Lionesses Are Calling For Equal Access To Football In Schools
By Sophie McEvoy
25 Things I've Reduced My Life To, In Addition To WFH In My PJs
By Ginny Hogan
Get Even More From Bustle — Sign Up For The Newsletter