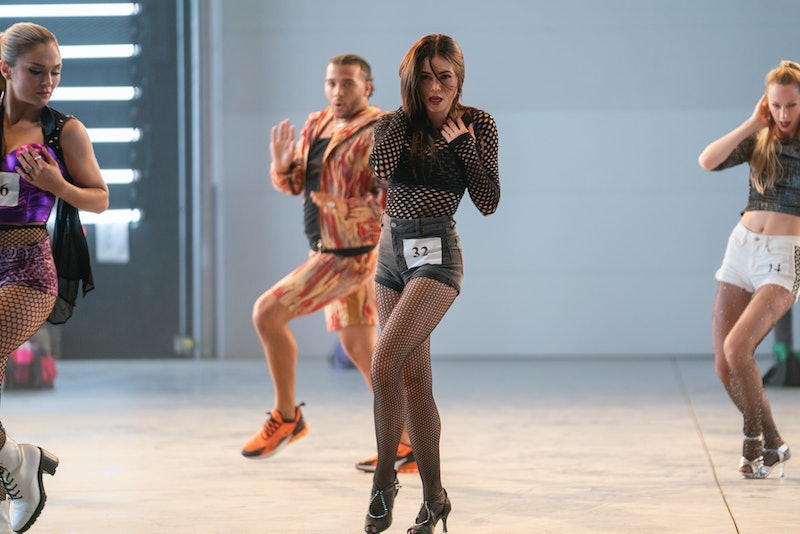 Netflix's Soundtrack is basically a series of music videos culled into a TV show. It follows the intertwining love stories of a group of Los Angelans who express their emotions through elaborate lip-sync performances. This means that while some of the songs in Soundtrack are originals, the majority are instead a mix of popular hits and old school classics. But according to creator Joshua Safran (Smash, Gossip Girl), there's a good reason for this.

"The characters are using songs they know to express themselves, like we all sing along and think about songs in our heads. When you do that, you're hearing that artist, not your own voice," Safran told Playbill, noting that he was inspired by the 1978 British series Pennies from Heaven, which uses a similar shtick.

There are a number of cast members who certainly could belt out a tune or two themselves — like Callie Hernandez of La La Land and singer Christina Milian — but the bigger appeal here is the dancing. (Step Up alum Jenna Dewan notably stars). See what they'll be lip-syncing along to below.

More like this
Linda Ronstadt’s “Long Long Time” Plays A Pivotal Role In The Last Of Us
By Brad Witter
Taylor Swift Visited The 'Glee' Set For This Bizarre Season 5 Episode
By Grace Wehniainen
Every 'That '70s Show' Character Who Returned For The Netflix Spinoff
By Grace Wehniainen
'The Queen’s Gambit' Season 2 Tweet Wasn’t From Anya Taylor-Joy
By Mary Kate McGrath, Jack Irvin and Grace Wehniainen
Get Even More From Bustle — Sign Up For The Newsletter
From hair trends to relationship advice, our daily newsletter has everything you need to sound like a person who’s on TikTok, even if you aren’t.