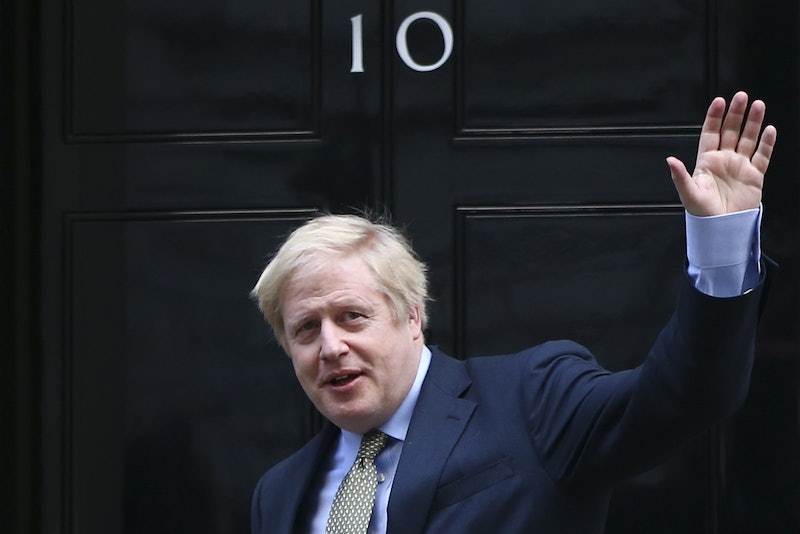 As Britain woke up to the 2019 general election results, feelings of dread, delight, and indifference began to sweep the nation. Like the exit poll suggested, the Conservative Party have indeed stormed to victory and will form the next UK government. But what does this mean for the future of the country? Well, I've looked into the main takeaways from the past 24 hours, and here's everything you need to know about the UK election results.

How do I find out who won in my constituency?

If you're looking to discover exactly how your constituency voted in the 2019 general election, you can easily do so by visiting a number of helpful online resources, including the official BBC constituencies page. By simply typing in your postcode, voters can gain full access to all the information they need, including precise voting stats, voter turnout percentages, and more.

How many seats did Conservatives win by?

The Conservative Party have won a total of 364 seats, and earned a comfortable majority of 78. The result means Boris Johnson has managed to increase his party's parliamentary standing by 47 seats, which as the Guardian reports, falls in line with what many pollsters were predicting.

Where did Labour lose seats?

As the BBC reports, the Labour Party managed to win just 208 seats, which amounts to a total of 54 losses. Following the nationwide results, it appears many traditional Labour heartlands across the north of England, including Workington, Great Grimsby, and Bassetlaw, have abandoned the party in favour of the Conservatives. According to the Express, Labour also experienced losses in the Midlands and Wales — and is the worst election result for the party since 1935.

When are the new group of MPs arriving in Parliament?

As the dust begins to settle on the 2019 results, the 650 newly elected MPs will be preparing to make their way back into the House of Commons. According to the BBC, the new government can return to announce its programme of legislation as early as Thursday, Dec. 19. The Boris Johnson-led government will then press ahead to conduct a new Queen's speech, however, with many contentious issues on the horizon, delays might well ensue.

What does the result mean for Brexit?

Given that the Conservatives have won a majority in Parliament, it's now very likely Brexit will indeed happen on or before Jan. 31, 2020. Johnson's infamous "Get Brexit Done" slogan dominated the Tory campaign, and according to Time, the party's pro-Brexit stance is thought to have played a huge role in their subsequent victory.

As MPs return to the House of Commons, the Conservatives will be quick to seek parliament's approval of the EU Withdrawal Agreement Bill, and with a fresh working majority, it shouldn't be too difficult for Boris Johnson to achieve this.

More like this
Emma Mackey *Is* Emily Brontë In The First Trailer Of The Biopic
By L'Oréal Blackett and Sam Ramsden
Scotland's First Period Dignity Officer Is... A Man?
By Darshita Goyal
'The Capture' Is Finally Back – & S2 Looks Tense AF
By Sophie McEvoy and El Hunt
5 Striking Parallels Between Diana & Meghan's Post-Royal Interviews
By Sophie McEvoy and Sam Ramsden
Get The Very Best Of Bustle/UK