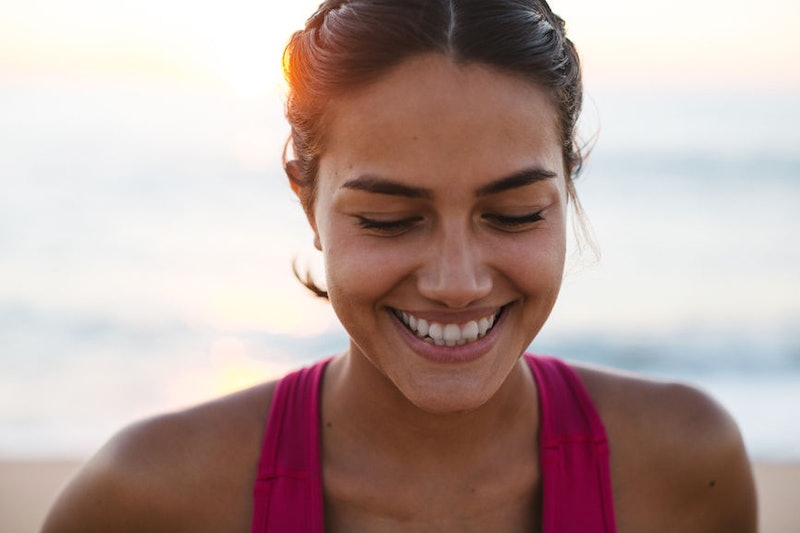 Feeling the rush of adrenaline and the blood pumping through your body after a good workout is enough to make any day feel that little bit better. Well it turns out that there's actually some science behind this, as a recent study has found that exercise can benefit your mental health. Published in psychiatry journal The Lancet, researchers at Yale and Oxford University collated their findings by analysing "the physical behaviour and mental mood of more than 1.2 million Americans" aged 18 or over, as Business Insider reports, by asking participants "how many times [they] felt mentally unwell in the past 30 days, for example due to stress, depression, or emotional problems."

Researchers also asked participants about their income and what specific exercises they included in their routine. Participants had the opportunity to choose from 75 types of physical activities, which ranged from cycling and swimming to mowing the lawn and housework.

After comparing "the number of days of bad self-reported mental health between individuals who exercised and those who did not" and examining the effects of "exercise type, duration, frequency, and intensity," researchers found that those who exercise regularly have 35 bad days per year. In comparison, those who don't exercise regularly experience 18 more days of feeling negative. Through this data, researchers also found that not only did participants feel increased physical and health benefits, but those who were consistently active "felt as good as those who earn $25,000 or more a year" as Business Insider reports.

But why is this the case? Well, the positive link between exercise and mental health is all down how physical activities can effect the connection between your brain and body. According to mental health charity Mind, "[p]hysical activity releases feel-good hormones" such as the endorphins "that can make you feel better in yourself and give you more energy." And according to Psychology Today, studies have shown that regular exercise can also improve your "neuronal health by improving the delivery of oxygen and nutrients" that end up supporting "neuron signalling, growth, and connections" in your brain which can lead to an improvement in the "area of the brain involved in memory, emotion regulation, and learning."

However, too much exercise can actually be detrimental to your health so it's important that you stick to a steady routine. "Previously people have believed that the more exercise you do, the better your mental health, but our study suggests that this is not the case," study author Adam Chekroud of Yale University said. "Doing exercise more than 23 times a month, or exercising for longer than 90-minute sessions is associated with worse mental health."

As Chekroud explained, it's "easy to imagine why someone might have poor mental health if they are exercising six or seven days a week. They could be getting down (physically exhausted) or burned out (mentally), both of which might make them feel stressed or depleted."

Researchers advise in the study that training three to five times a week in 30 to 60 minute intervals is "ideal", as those who exercised more than three hours a day "suffered more than that of those who weren't particularly physically active." But as Mind points out, exercise isn't always for everyone when it comes to alleviating mental health issues. It's all about finding what's right for you, and how you can attain a positive mental attitude.

If you feel as though you're having issues with your mental health, make sure you book an appointment with your GP.

More like this
5 Ways To Stand In Solidarity With Women In America From The UK
By Sophie McEvoy
Side Character Energy Has Arrived — Here’s What That Means
By Sophie McEvoy
Boris Johnson’s Leadership Is In Question – Again
By Bustle UK
The UK Abortion Laws In 2022, Explained
By Sophie McEvoy
Get The Very Best Of Bustle/UK