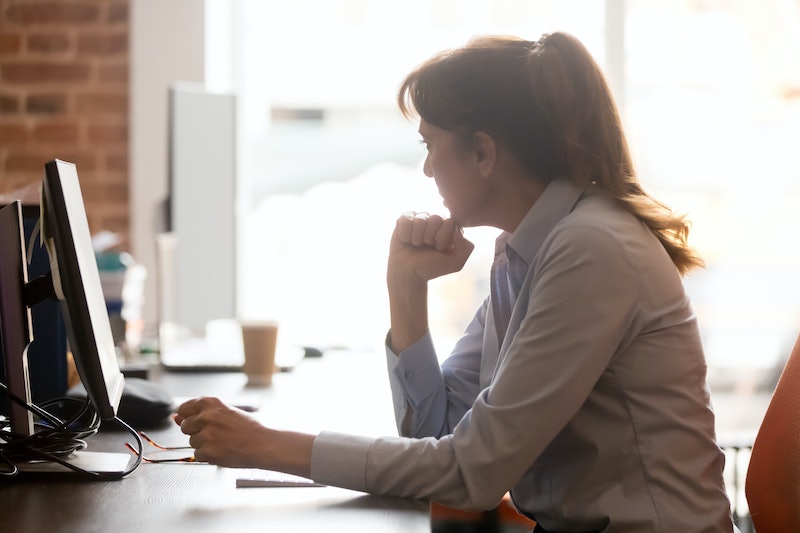 During a particularly stressful day at work, it's hard not to fantasise about some pretty dark things when it comes to the people bossing you about. If you've freaked yourself out by some of those thoughts, you may not need to worry. According to criminal psychologist Julia Shaw, fantasising about killing your boss is actually more common than you may think, and actually work as a kind of exercise in empathy. So the next time you find yourself imagining that you're in Horrible Bosses, it's actually a sign that you have a great deal of empathy.

Speaking at the Cheltenham Science Festival last Tuesday (June 4) while promoting her new book Making Evil: The Science Behind Humanity's Dark Side, Shaw took attendees on a "fascinating journey into the darker side of the human condition, showing us that the same dispositions that make us capable of heinous crimes may also work to our advantage," as described on the festival's site. Shaw covered many intriguing subjects revolving around the complexities of the human condition, but the one that's got everyone talking is how daydreaming about killing your boss can actually be a good thing, as the Telegraph reports.

"Most of us don't engage in murder ever, luckily. Murder fantasies are an empathy exercise," Shaw said. "You think things through, you imagine what the consequences would be like, you imagine what it might be like to actually go through with it — and guess what your decision generally is? 'I don't want to do that, because those are not the consequences I would like.'"

According to Pretty52, Shaw also said: "There's been research looking at participants and asking them if they've ever fascinated about murdering someone. More than half of people generally say yes, they have fantasied about murdering someone. As human beings we've evolved intelligence, this ability to plan and to predict what outcomes might emerge from our behaviour, and that's a critical piece of humanity."

Shaw cites research conducted in 1993 by Douglas Kenrick and Virgil Sheets at the University of Arizona. Kenrick and Sheets conducted two studies to explore the frequency of homicidal fantasies in "normal subjects." In the first study, the researchers asked respondents "whether they had a homicidal fantasy, and if so, they were asked several questions about their most recent fantasy," and in the second they were "asked about the frequency of homicidal fantasies in several categories."

As Shaw explained (via The Times), the study found that "[t]hree quarters of men and two thirds of women said they had" experienced at least one fantasy, with a follow-up study finding that "[m]en were more likely to imagine killing their colleagues [or bosses], while women went for family members."

During her talk at the Cheltenham Science Festival, Shaw discussed the concept of "evil." She said: "Evil is a subjective construct and we need to stop using it," before continuing: "It’s a cop-out, it’s lazy — calling someone evil is saying, 'I’m done with this conversation, this person is subjectively bad, I don’t need to empathise with them, I don’t need to understand them I don’t need to figure out why I might be similar to them in any way.'"

Well, that's certainly something to think about.