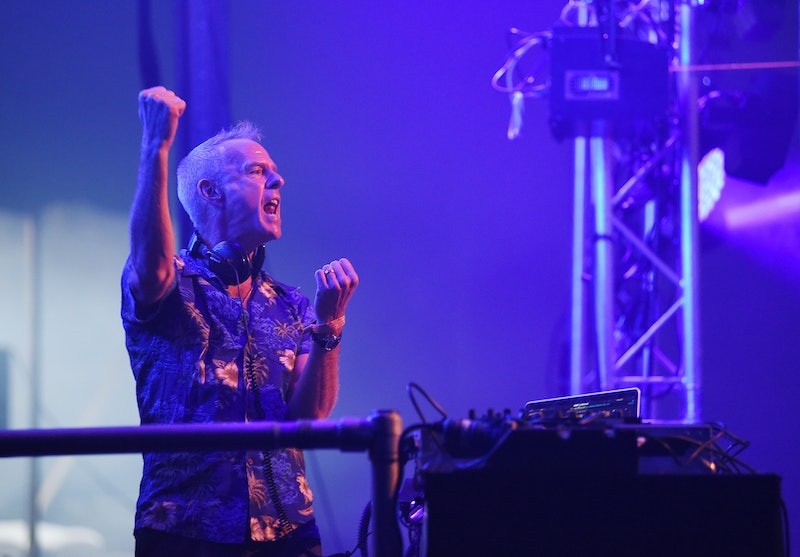 Greta Thunberg shook the world after her UN speech on climate change at the end of Sept 2019. The fearless 16 year old spoke with such conviction it was impossible not to sit up and listen. And she’s not just caught the attention of world leaders. Fatboy Slim played a Greta Thunberg remix to one of his most well-recognised tracks and it was met with a resoundingly positive response. The sample of her powerful words was played out at one of the DJ's gigs in Gateshead and wasn’t quite like anything his fans had heard before.

While a Thunberg x Fat Boy Slims mash up sounds a little out there, you may be surprised to hear that the activist's words actually fit perfectly over the beat.

In her speech, Thunberg said:

“People are dying. Entire ecosystems are collapsing. We are in the beginning of a mass extinction. And all you can talk about is money. You are failing us, and the young people are starting to understand your betrayal. The eyes of all future generations are upon you. We will not let you get away with this. Right here, right now is where we draw the line. The world is waking up. And change is coming, whether you like it or not.”

Any Fatboy Slim fans out there will have already spotted the line that slotted perfectly into his most iconic nineties hit. Yes, that's right. As Gateshead's clubbers danced the night away, Thurnberg could be heard saying "right here, right now" over and over again. Genius.

Oct. 4 was the first time that Fatboy Slim played the remix out to a live audience. However, it isn’t the first time the track had been heard. The Guardian said that the remix was first shared on social media in Sept. 2019 by David Scott from The Kiffness as he made it with the images of icebergs breaking up. Fatboy Slim then shared it on his Facebook page.

Scott Jackson was at the Fatboy Slim gig in Gateshead and heard the mashup. He filmed it and told The Guardian, “The mash-up is superb. The way she says ‘right here, right now’ fits his original perfectly. The crowd could sense something special was in the air as it started, sensing something big was about to go down and it certainly did!”

It’s not just the artists like Fatboy Slim who’ve taken note of Thunberg’s UN speech. There was a massive response on social media from a whole host of A list stars coming out in support of her call for drastic action on climate change. Anne Hathaway wrote on Instagram, “Please know that under every bridge that has ever been built there has also been a troll that comes with it — sometimes more than one. ⁣⁣The bridge —meaning that which connects and elevates — is more important than the troll.”

Priyanka Chopra wrote, "How dare we fail you... and what audacity we have to not want to help you save what’s left.” And Chrissy Teigen tweeted lyrics from Whitney Houston's "Greatest Love of All," writing, "Teach them well and let them lead the way."

She may not have set out to become part of a nineties dance remix, and her cause is certainly bigger than fame and popularity, but it’s not hard to see why Thunberg has garnered such a reaction. Her UN speech was powerful, important, and emotive, and the further it spreads, the better.