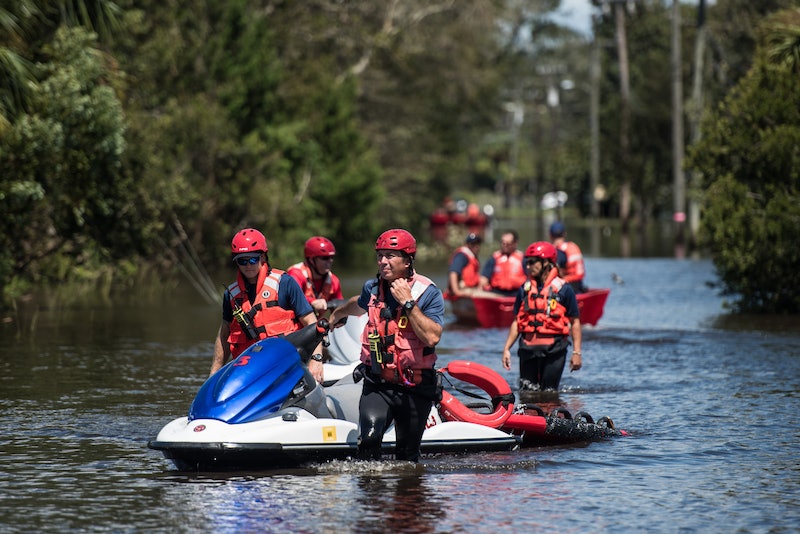 Federal Emergency Management Association employees worked around the clock to save lives during a record number of natural disasters in 2017. And in all likelihood, they probably risked their own lives doing it. But now, first responders working for FEMA will be billed for overtime pay that they earned while dealing with tragedies such as Hurricanes Harvey, Hurricane Irma, and the wildfires in California. FEMA made the announcement on Tuesday that due to a federal pay cap, some 500 employees might have to hand money back and potentially work for free the rest of the year.

In a Frequently Asked Questions document sent to employees in November, the agency informed them that if they hit the annual pay cap due to overtime, they “may still be ordered to perform work without receiving further compensation,” and would “continue to receive their regular base pay regardless of whether they exceed the annual premium pay cap or not.”

All employees who earn an excess over the cap, however, will be charged the following year. “A bill will be determined and established for any premium pay amounts over the annual premium pay cap," FEMA said, "and the employee will be notified and billed in 2018 for that amount.”

Under the federal pay cap, executive branch employees' "premium pay," which includes overtime, according to Bloomberg, combined with their flat salary can't exceed a certain maximum rate, which varies depending on the category of employee. FEMA offered an example in an email to employees, Bloomberg reported. For instance, employees based in Washington, D.C., who are paid a regular salary of $153,730, can make no more than $7,636.40 in extra hours.

The average pay for affected employees though is less than $100,000. Meanwhile, the director of FEMA earns around $170,000 a year, according to Glassdoor. Not to mention, President Donald Trump's cabinet's average pay is roughly $180,000 per year. People are arguing that it seems incredibly unfair that the lower-level government employees should foot the bill for natural disaster relief, particularly when the administration is rolling back environmental regulations and won't help stave off the effects of climate change.

It's crazy to think that while hundreds of FEMA employees will be working for free the rest of the year, or writing checks to the government for hours they spent wading through flood waters and rescuing people from their homes, those highest up in Trump's administration are casually spending hundreds of thousands of dollars on private jets. And it's perfectly legal for them to do so. In June, Secretary of the Treasury Steven Mnuchin spent $43,725.50 on a flight to Miami to meet the Mexican finance minister when a round-trip commercial flight cost just $688, according to the the inspector general’s report. That's equivalent to someone's entire year's pay.

The current system we have allows those at the top to allocate funds as they wish. Meanwhile average Americans are not paid for putting their lives on the line. Unfortunately, this issue may only get worse given that the Trump administration is planning cuts to FEMA spending in order to fund the U.S.-Mexico border wall. It's proposing to cut $876 million, which is only half the cost of the down payment for the wall. It's also worth noting that the Trump administration ignored Mexico's offer to help after Hurricane Harvey, leading the country to withdraw its support.

As a result, the relief efforts were left to FEMA and local first responders, many of whom will not see compensation for their work. And to make matters worse, those FEMA employees who will owe the government money for saving lives will still be forced to pay for Trump's golf retreats with their tax dollars.