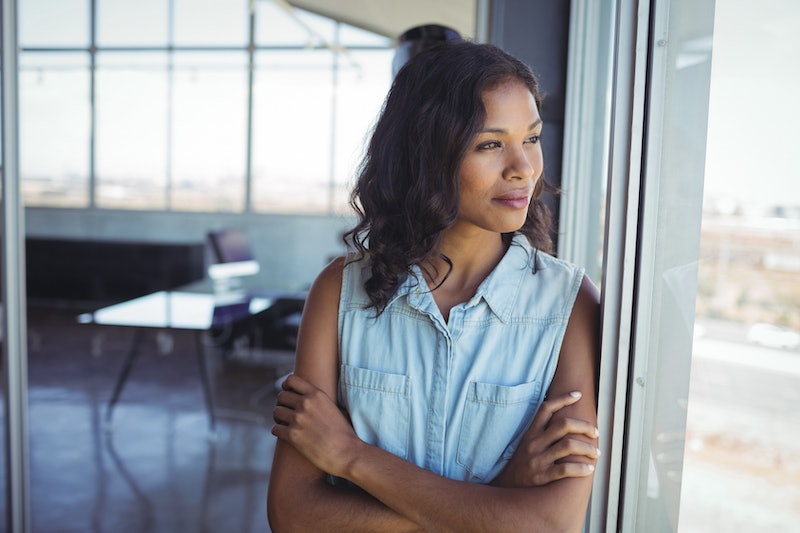 According to a study commissioned by American Express, women-owned small businesses — companies that employ between one and 99 employees — are seriously flourishing in America. In 2016, women-owned businesses in the U.S. made $1.6 trillion, and between 2007 and 2016 the amount of companies owned by women grew by 45 percent, five times the national average. And 79 percent of the businesses started by women in that period were founded by women of color. And this new survey, from the national business advocacy organization Small Business Majority, shows that, for female entrepreneurs of color, being able to exert reproductive control is extremely important to this success.

The poll asked 507 women, including 100 Black women and 100 Latinx women, about their businesses, the number of children they have, and how important birth control and health insurance have been to their success in the business world. And the results — and specifically, the responses of women of color — are pretty enlightening.

These stats are interesting for a lot of reasons, not least when you compare them to how all 507 women, including white female business owners, responded. Overall, only 52 percent of all the women asked agreed that accessing birth control helped them grow their business, and only 56 percent said that it helped them start their careers and companies. And a mere 46 percent agreed that birth control had impacted their success, while 46 percent disagreed and 2 percent were undecided. When it comes to making a small business work, reproductive choice matters, but especially so for women of color.

Women of color are the fastest-growing group of small business owners in America, according to statistics from 2017. They're fueling start-ups and taking out loans to start businesses in huge numbers. But they still face massive institutional barriers to success; investors are a lot less likely to give money to women, particularly women of color.

There's a pretty strong established relationship between giving women reproductive choice, and female economic empowerment. But it particularly applies to small business owners. Sociologist Adina Nack, talking to Slate, explained that birth control is tied to entrepreneurship in three ways: it allows women to achieve a higher level of education, unexpected pregnancies are distracting and costly, and starting a business of your own often requires total concentration and devotion — a focus that pregnancy can potentially derail. Unexpected pregnancy carries huge costs that would stand in their way.

Women of color all over the US are getting prepped to take on the world, through college degrees and big ideas. And for them, being able to choose their own reproductive future is the secret weapon that makes them flourish. It's enough to make you want to go out and file for a business loan.