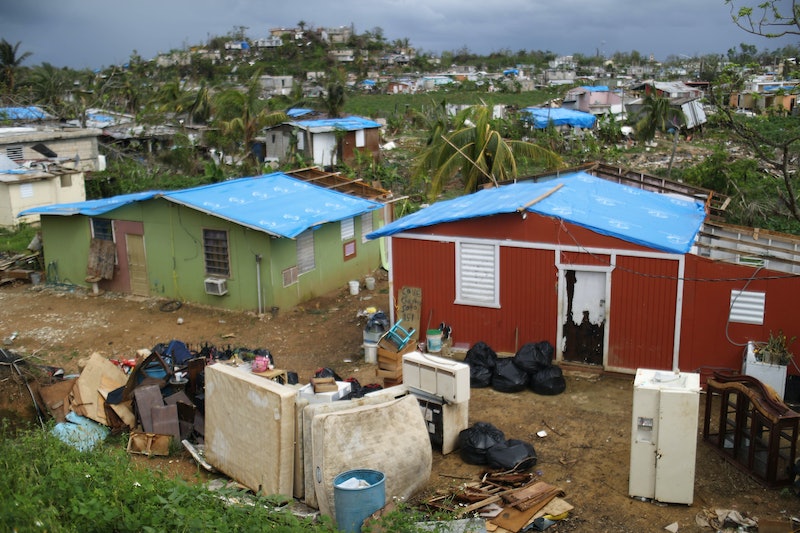 It took more than half a year. In a new report released Friday, FEMA acknowledged failures in Puerto Rico during Hurricane Maria including a lack of supplies, understaffing and interruptions in supply chain delaying re-stockings. The report focuses on the response to and beginning stages of recovery from hurricanes Maria and Irma from August 25 to November 30, 2017.

The Atlantic 2017 hurricane season was brutal, and the Gulf Coast and Caribbean islands saw a series of successive storms. First, there was Hurricane Harvey, a Category 4 storm, in late August, followed by Hurricane Irma in early September and Hurricane Maria near the end of the month. It was Maria that devastated Puerto Rico as a Category 4 storm. (Hurricane Jose later interrupted FEMA workers and supply travel lines, according to the report.)

"With this report, FEMA and the emergency management community have an opportunity to learn from the 2017 Hurricane Season and build a more prepared and resilient Nation," FEMA Administrator Brock Long wrote in the report's introduction.

According to the PBS, the agency's warehouse in Puerto Rico was "nearly empty" without cots or even tarps when Maria made landfall. The warehouse had "low levels" of provisions and most supplies had been sent to the U.S. Virgin Islands after Irma.

NPR reported that nearly 95 percent of cell towers were not functional after Maria, but FEMA didn't have an adequate supply of satellite phones to spread among its leadership.

The report also found that FEMA was understaffed as they went into the 2017 hurricane season. Furthermore, according to PBS, "specialized disaster staff" had already been sent elsewhere to respond to other storms by the time Maria devastated Puerto Rico.

FEMA staff on the island also had problems with "workplace certification," according to PBS. NPR reported that internal agency documents showed that almost half of the island's staff was "untrained" or "unqualified" for this work.

Beyond the issues of staffing, supplies became a major problem for FEMA as the agency responded to Maria. NPR reported that FEMA "lacked visibility" into what was being sent to Puerto Rico, so it took longer to figure out the supplies. "Shipping containers often arrived in Puerto Rico labeled simply as 'disaster supplies,' requiring FEMA staff to unload and open containers to determine their contents," according to the report.

The lack of consideration of the power grid was especially significant. Hurricane Maria knocked out power to 1.5 million homes, according to Reuters. Nearly 10 months after Maria, up to 5,499 people are living without electricity after the storms, according to BuzzFeed News on Thursday.

The U.S. Army Corps of Engineers announced plans to remove three generators that provide back-up power to the island's electrical grid as early as next week, according to NBC News.

The electrical grid was thrown into further disarray when its electrical power authority saw its CEO and majority of its board members resign on Thursday, according to BuzzFeed News. The CEO would have been the fourth executive leading public utility since the hurricane devastated the island, according to NPR. The public utility was privatized last month, according to science outlet Grist.

Amid all these infrastructure challenges, the 2018 hurricane season began June 1. And the island is already facing potential threats. According to NBC News, the incoming Tropical Storm Beryl will drop between 2 and 3 inches of rain on the island by the end of the weekend.